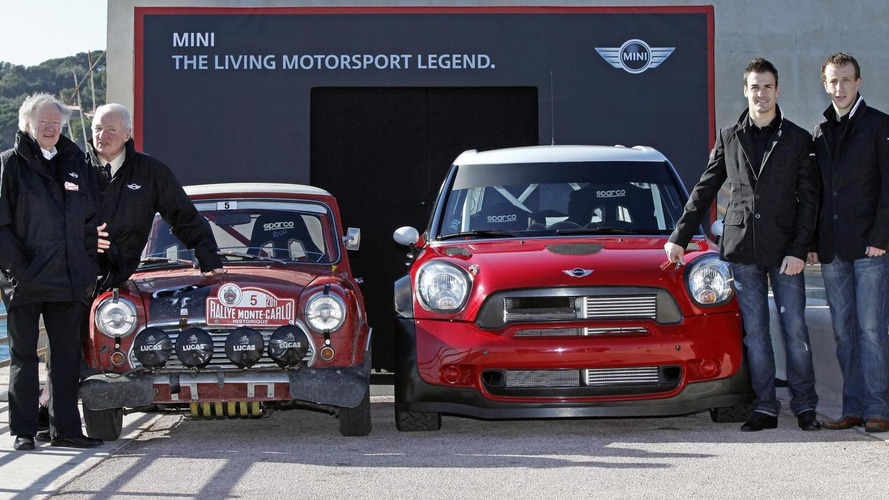 To celebrate their return to rallying, MINI reunited Rauno Aaltonen and Paddy Hopkirk at the Monte Carlo Historic Rally.

To celebrate their return to rallying, MINI reunited Rauno Aaltonen and Paddy Hopkirk at the Monte Carlo Historic Rally. After reminiscing about their wins in the 1960s, the two meet up with Kris Meeke and Dani Sordo who will drive the new Countryman WRC.

According to Hopkirk, "It is very interesting to be here and ... it is just great to see it all being revived. When we won it was not just motorsport news, but front page news and I even got a telegram from the Beatles and the Prime Minister and I was given the keys to Belfast. I do admire the talents of these guys. Kris took me around the Prodrive test track in the MINI WRC and it was absolutely fantastic."

As we have previously reported, the Countryman WRC was developed by Prodrive and features a turbocharged 1.6-liter engine that has been specially tuned by BMW Motorsport. It will be entered into select events later this year, before competing in earnest in 2012.