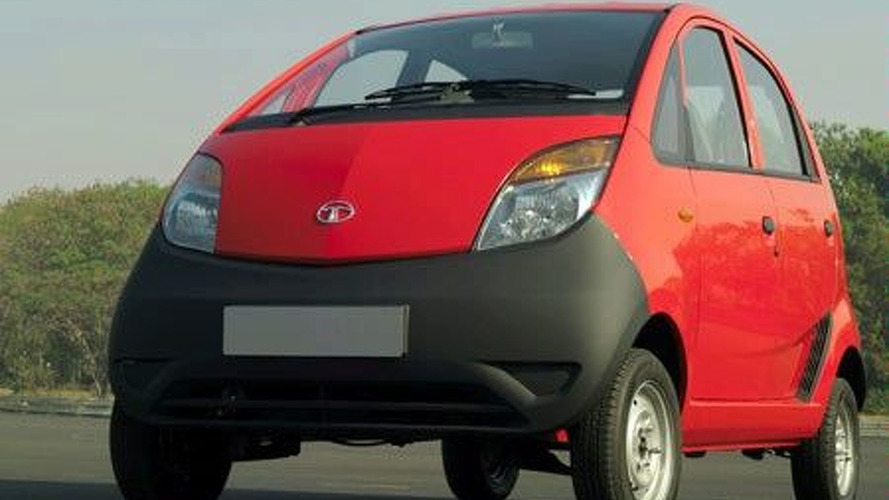 Tata Motors engineers and designers gave their all for about four years to realise this goal. Today, we indeed have a People's Car

Mr Ratan Tata's personal quest has taken a huge step forward today at the New Delhi Auto Expo in India with the unveiling of the Tata Nano, otherwise known as the people's car or Rs 1-Lakh car. Later this year the Tata Nano will be available in Indian showrooms for purchase, pricing is aimed at 1 Lakh (1 lakh is 100,000 rupees; Euro 1,740; USD 2,550)

Mr Tata said at the show: “I observed families riding on two-wheelers – the father driving the scooter, his young kid standing in front of him, his wife seated behind him holding a little baby. It led me to wonder whether one could conceive of a safe, affordable, all-weather form of transport for such a family. We are happy to present the People’s Car to India and we hope it brings the joy, pride and utility of owning a car to many families who need personal mobility.”

The Tata Nano measures 3.1 meters in length, 1.5 meters wide and 1.6 meters high, has plenty of ground clearance and is a little bigger than a smart car. The US is not likely to ever see the Tata Nano on the roads, nor is Western Europe, instead the people's car is most likely to be marketed in bottom-of-the-pyramid countries, ie Africa, South East Asia, Eastern Europe and Latin America.

The Tata Nano is powered by a two-cylinder, all-aluminium 623cc multi-point injection engine producing 33 hp and runs on gasoline. The car is rear-engined and has rear-wheel-drive and will be available as either a standard or luxury model with plenty accessories and body colour options.

The Tata Nano was designed by Italy's Institute of Development in Automotive Engineering but Mr Ratan Tata, a trained architect with a penchant for designing consumer goods, stayed in the loop during the process.

Read on for further details.