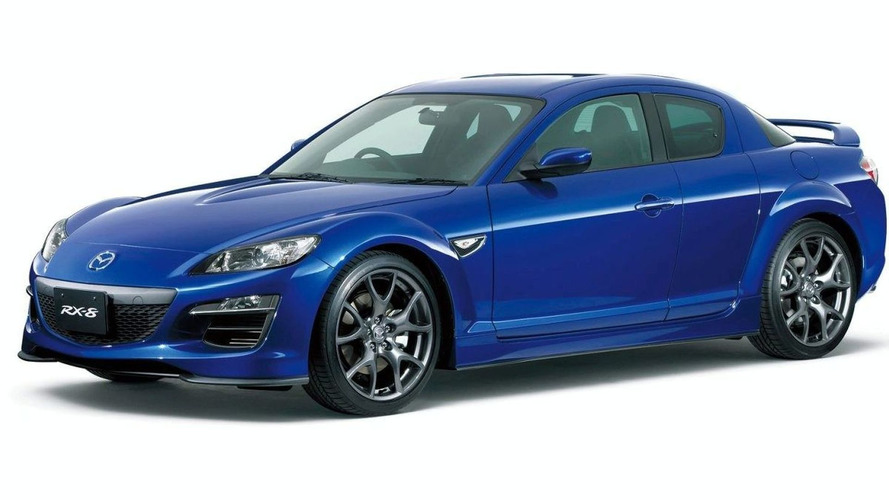 The facelifted Mazda RX-8 will be on show at the Detroit Auto Show but this Friday the sportier Mazda RX-8 RS will make its appearance at the Tokyo Auto Salon.

Ahead of Tokyo Auto Salon debut

The facelifted Mazda RX-8 will be on show at the Detroit Auto Show (starting this Sunday) but this Friday the sportier Mazda RX-8 RS, also facelifted, will make its appearance at the Tokyo Auto Salon. Ahead of that show Mazda has released two images.

Mazda released no accompanying text so official specs will remain under wraps until the press conference in Tokyo tomorrow. What we can say is that the facelift comprises of new, sharper and sportier front fascia. The air-intakes have grown on each side of the five-point grille, and the foglights which are incororated there are smaller and no longer round.

At the bottom of the new bumper we see a splitter with small flaps which increase stability and the airflow to the wheels and brakes. Also the RX-8 RS sits on 19 inch wheels and features a rear spoiler, neither of which is likely to make it to the regular RX-8 facelift.

The revised RX-8 is mainly meant for the US and Japan, but Europe may still see the new RX-8 in showrooms. MotorAuthority has more low resolution photos which will most likely be officially released tomorrow. Stay tuned for more official information.