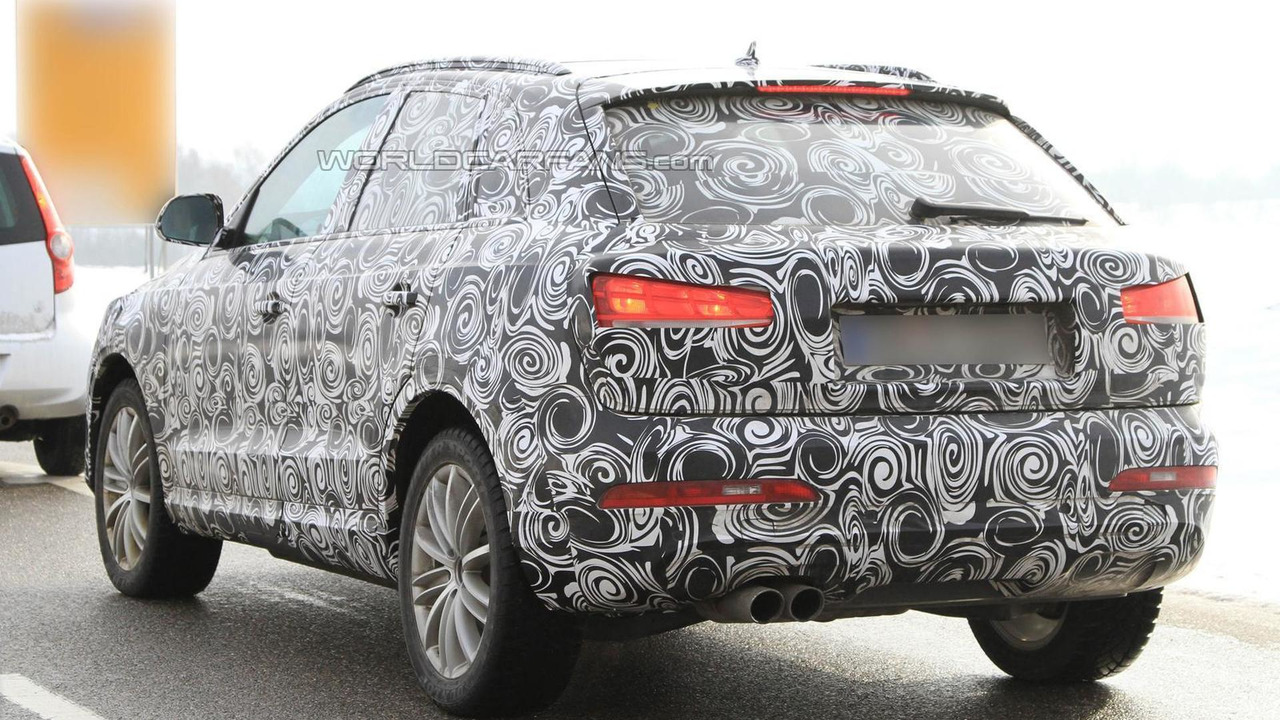 Our spy photographers have managed to catch several new images of the 2012 Audi Q3.

Undergoing testing in Europe, the heavily camouflaged prototype features distinctive headlights, a prominent grille, and a sloping roofline that mimics the Cross Coupe Quattro Concept from the 2007 Shanghai Motor Show. Additional information is scarce, but the crossover is based on the Volkswagen Tiguan and has a specially tuned suspension for a sportier driving experience.

The Q3 will likely be unveiled at the Frankfurt Motor Show in September, before going into production at the Seat factory in Martorell, Spain later this year.