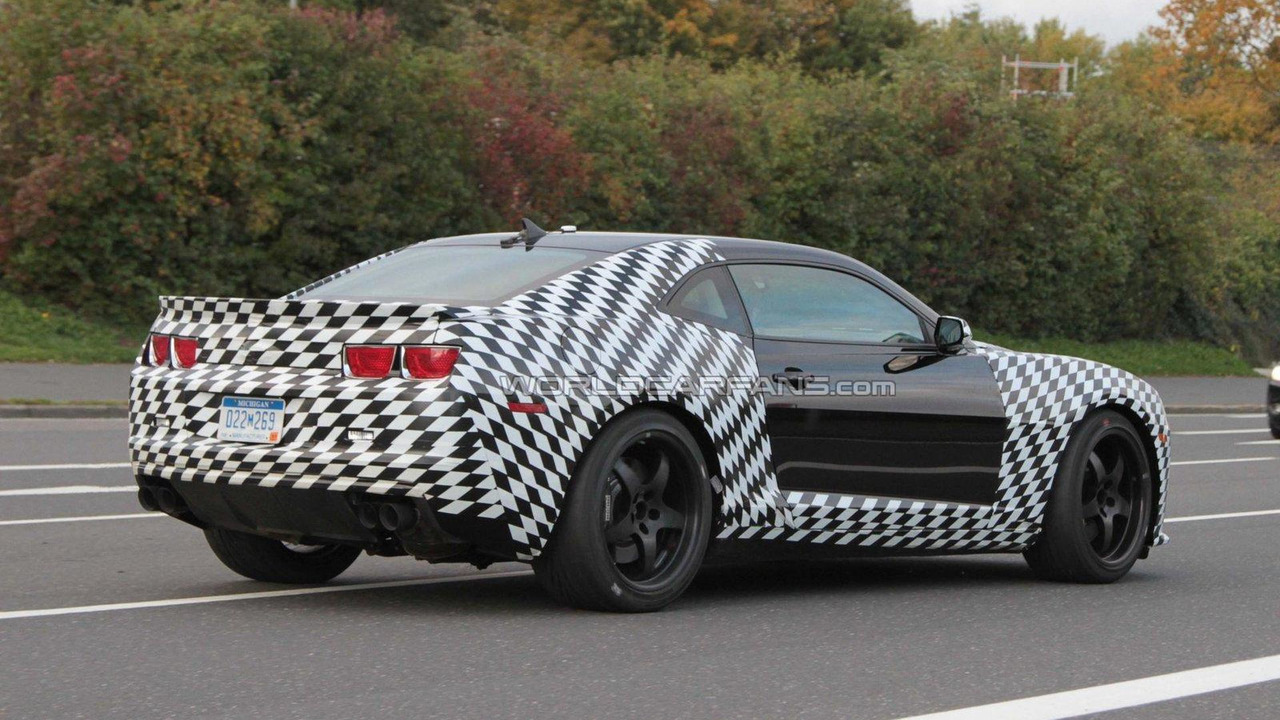 According to a recent report, Chevrolet will unveil the Camaro Z28 at the Chicago Auto Show.

According to a recent report, Chevrolet will unveil the Camaro Z28 at the Chicago Auto Show.

While nothing is official, the car is expected to feature a supercharged 6.2-liter V8 engine with approximately 556 hp (415 kW / 564 PS) and 551 lb-ft (747 Nm) of torque. It will be paired to a six-speed manual transmission, which should enable the Z28 to accelerate from 0-60 mph in less than four seconds.

On the styling front, the high performance model will feature modified bumpers, a revised grille, a bulging hood, and a four tailpipe exhaust system.  Inside, we can expect additional brightwork and special Z28 accents.

No word on pricing, but production is rumored to start on January 1st, 2012.