Audi Q1 SUV in the cards 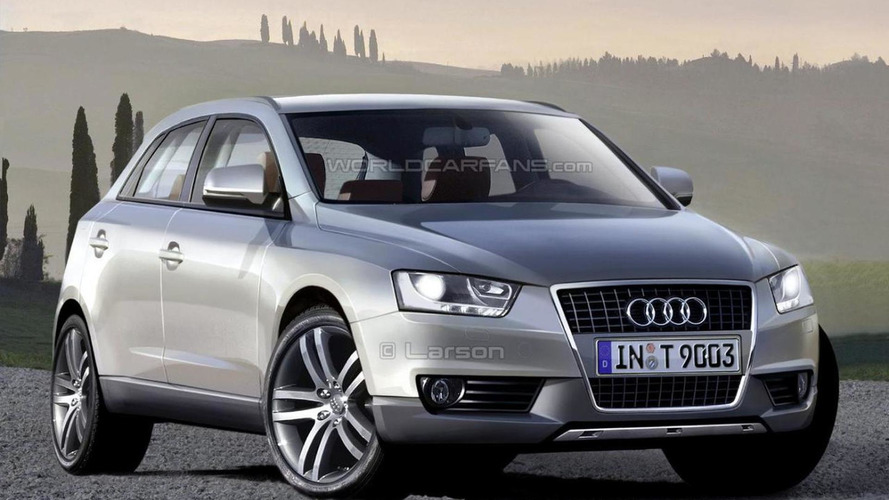 Q1 under consideration as Audi plans to expand its model variants to 42 by the middle of the decade instead of the current 37.

Audi is considering building a Q1 compact SUV that will be even smaller than the upcoming Q3.

"The Q family certainly still has potential. It is not yet complete," said Rupert Stadler, Audi CEO, in an interview with Automotive News Europe.

Audi will be introducing the Q3 compact SUV (pictured here) at the Frankfurt auto show in September with the model going on sale in Europe shortly thereafter. It will share a platform with the VW Tiguan.

Stadler said that Audi hadn't yet decided on whether to build the Q1 SUV but the automaker has an ambitious plan to grow its sales to 1.5 million units by 2015 and that will mean more models and model variants. Currently, Audi has 37 model variants but wants to increase that to 42 by the middle of the decade.

Given the success of the BMW X1 compact SUV, which has overtaken Audi's Q5 as the biggest selling premium SUV in Europe, it may spur Audi to introduce not just the Q3 but expand into another smaller segment with the Q1. The BMW X1 and X3 do not differ much in size, although, the latest X3 was made bigger to make room for the X1 introduced last year.

Stadler, though, also all but ruled out an even smaller entry-level vehicle for Audi, slotted beneath the A1 model, based on the upcoming VW Up minicar.

"I cannot imagine that we will have a new model below our current A1 entry-level car."