Porsche 918 production car will be a Spyder 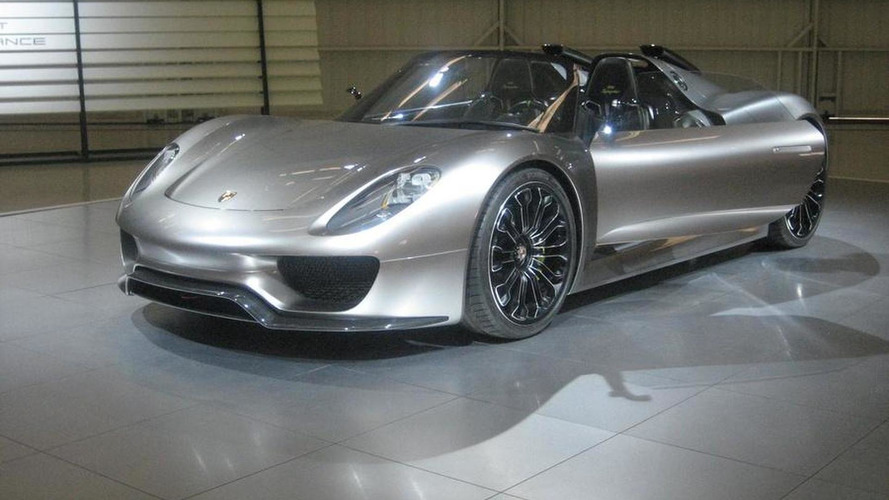 Porsche will enter the 918 RSR in motorsport competition while taking the 918 Spyder to production with a removable carbon fiber roof as on the Carrera GT model.

The Porsche 918 will go to production as a Spyder model and is not being replaced by the 918 RSR, according to a Porsche executive.

In a report by Autocar, Porsche's outgoing chief of development, Wolfgang Dürheimer, said that the hard-top 918 RSR is intended for motorsport and that the 918 Spyder will come with a removable roof as in the Carrera GT.

"The road application of this car is the 918 Spyder. There is no decision taken that the coupé type will be available on the Spyder. We learned from the Carrera GT that the driving pleasure of the car is enhanced when you have the possibility to drive open or closed. We have always told people interested in the 918 Spyder that it will have a roof concept similar to the Carrera GT's, with a lightweight carbon-fiber panel. A closed car is better for motorsport, though," said Dürheimer in an interview with Autocar.

Porsche is looking to enter the 918 RSR in several racing series for the 2011 season but the car may have come a little late in the game and Porsche faces a challenge in getting the 918 RSR into a major competition this year.

Dürheimer's new assignment within the VW Group is to take over the reigns at Bentley and Bugatti while also heading VW Group motorsport. He takes on his new role as of February 1.