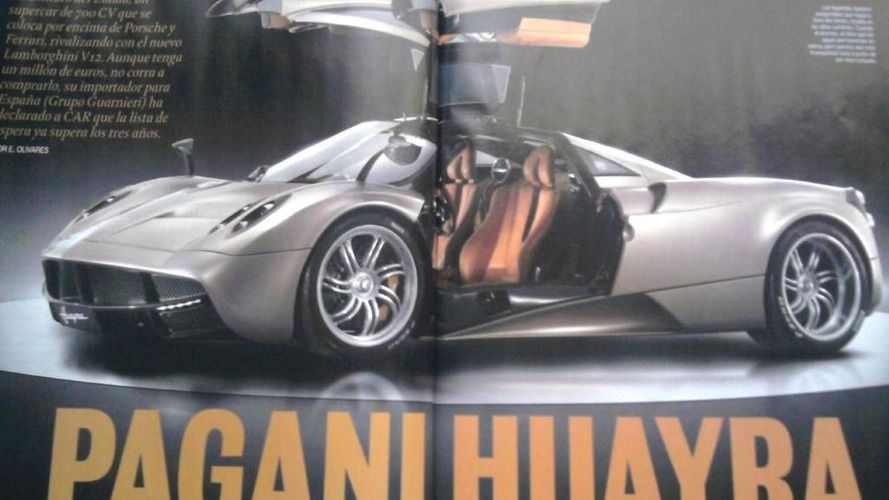 It appears scans of Car magazine cover (Spanish language edition) revealing the front three quarter view of the Pagani Huayra have spilled out into the wacky wide web.

The good folks over at Pagani Automobili are probably a bit perturbed right now.  It appears scans of the Car magazine cover (Spanish language edition) revealing the front three quarter view of the Pagani Huayra have spilled out into the wacky wide web.

It was only hours ago that we posted the fourth teaser video, and now this leaked image has caused somewhat of a chain reaction.  CarsUK.net, who has been sitting on official photos for some time, decided to publish an additional photo upon seeing the leaked magazine cover. They admit having many more images but have decided to hold back for obvious reasons.

Judging by the release schedule of the four teaser videos so far, the final reveal video should arrive in about one week. The only options for Pagani now is to reveal the Huayra early in a limited fashion or perform some damage control and stay on course with the original launch date.

No additional details beyond what we already know have been divulged yet. However, we are sure you've got something to say about the questionable front end styling, LEDs and the gullwing doors.  Make sure to let everyone know in the comments below.