2012 Porsche Boxster spied along with next 911 - new details 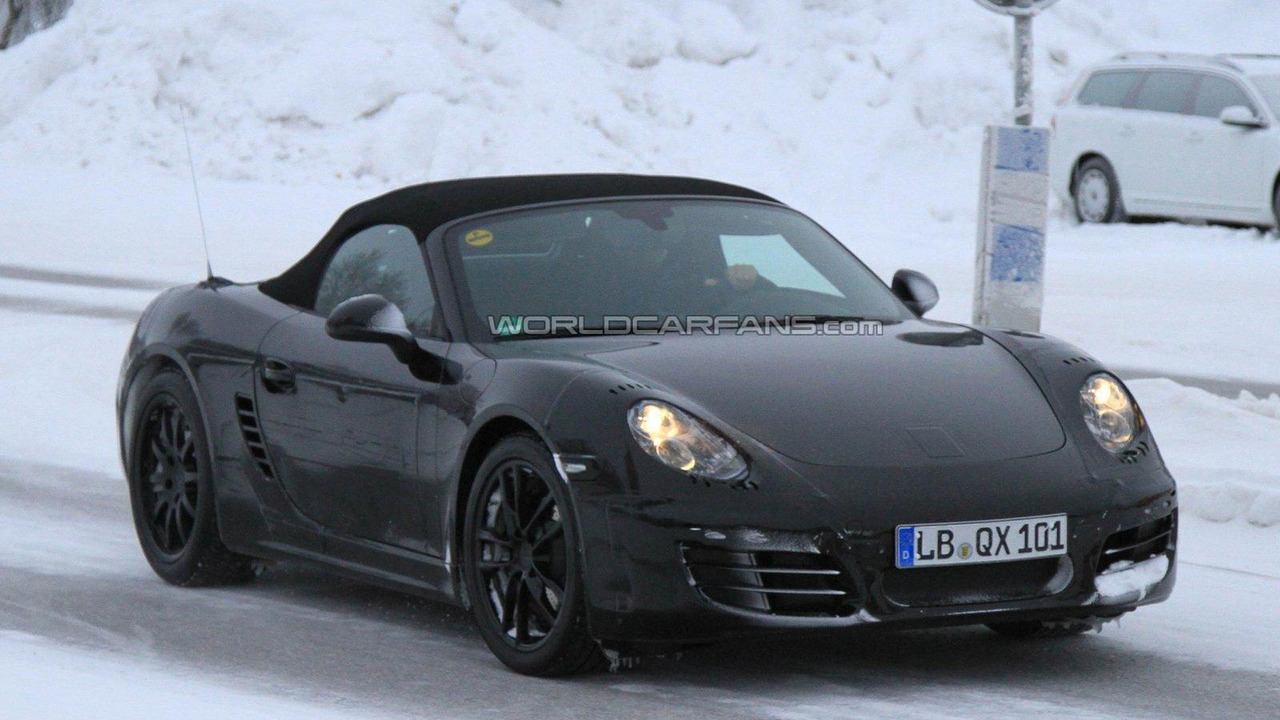 Next-generation Porsche Boxster and 911 models testing side by side also share some design details.

Here's a set of spy shots of the upcoming 2012 Porsche Boxster doing some winter testing in northern Sweden next to the next-generation Porsche 911.

The next-generation Boxster, known internally at Porsche as the 981, was rather showy on this test run, revealing its new LED taillights - a triangular design like on the next 911.

The next Boxster may come with a new four-cylinder engine that Porsche is developing, as we reported earlier this week. Porsche's outgoing head of research and development, Wolfgang Durheimer, confirmed that the automaker was developing a 2.5 liter power plant that could possible be seen in the 2012 Boxster and Cayman models.