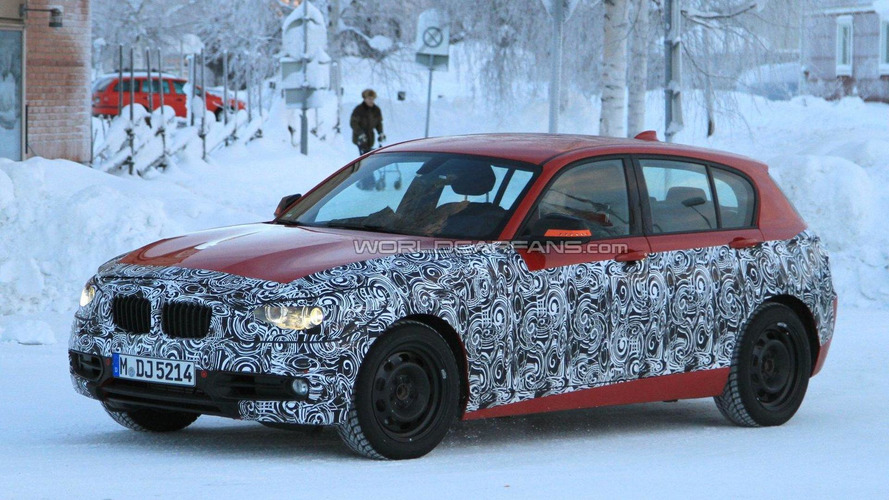 Next-generation 1-Series will be bigger than the current model as BMW is developing new entry level models to fit beneath it in the lineup.

Spotted here were 3 prototypes, one of which comes in red making it much easier to distinguish its shape from underneath the camouflage.

This 1-Series looks bulkier than the current model and that fairly light camouflage looks like it's trying to hide the new design's broader shoulders. The rear end also appears to be bigger and the car seems to be sitting on a slightly raised chassis. From the side shot we can also notice the car is a little longer too and features a slimmer C-pillar - improving rear visibility and making the cabin feel less claustrophobic.

The fact that the next 1-Series will be growing is not surprising at all since BMW is currently planning several compact entry-level models/bodystyles to fit under the 1-Series in the lineup.

The next-generation 2012 BMW 1-Series is expected to debut sometime later this year.