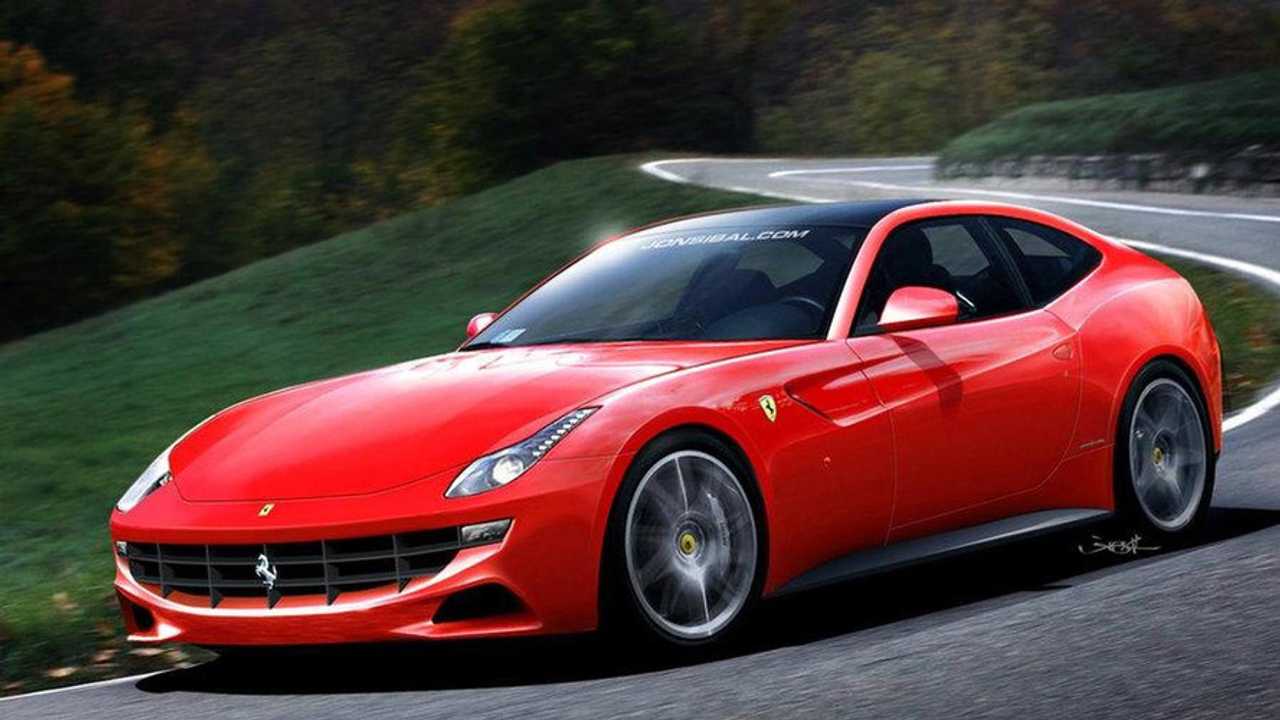 Spy shots give a better sense of the shape of the next 612 and a peek inside too. The next 612 is set to debut at the Geneva auto show in March.

[Special thanks to Jon Sibal for the rendering!]

Our spy photographers have had a decent amount of success lately stalking their prey at local gas stations as automakers conduct their winter testing in northern Europe.

This time the prize is a Ferrari 612 Shooting Brake prototype spotted fueling up near the Arjeplog testing center in Swedish Lapland. These shots, although of a car still heavily camouflaged, give us a better sense of the shape of the car than the last group of pics we saw as well as give us a good look inside the cabin and at those rear seats.

The 2012 Ferrari 612 Shooting Brake is a 2+2 (four-seater) 2-door coupe which is expected to come with a 458 Italia-like front fascia, headlights and a hatch rear end. It will replace the 612 Scaglietti and is scheduled to debut at the Geneva auto show in March.

Code named the F151, the car will feature a sophisticated all-wheel drive system with a secondary clutch to send power to the front wheels when a slip is detected but, according to some reports, will only do so at speeds over 145 km/h (90 mph).

The Italian supercar-maker has hinted at a hybrid variant for the 612 featuring Ferrari's HY-KERS hybrid system with a 74 kW/100 PS electric motor first seen in the 599 HY-KERS concept. But we just don't know whether that will be this 612, a separate 612 variant, or an altogether different model.

We will have to wait until Geneva.