Lexus at the 2011 Tokyo Auto Salon 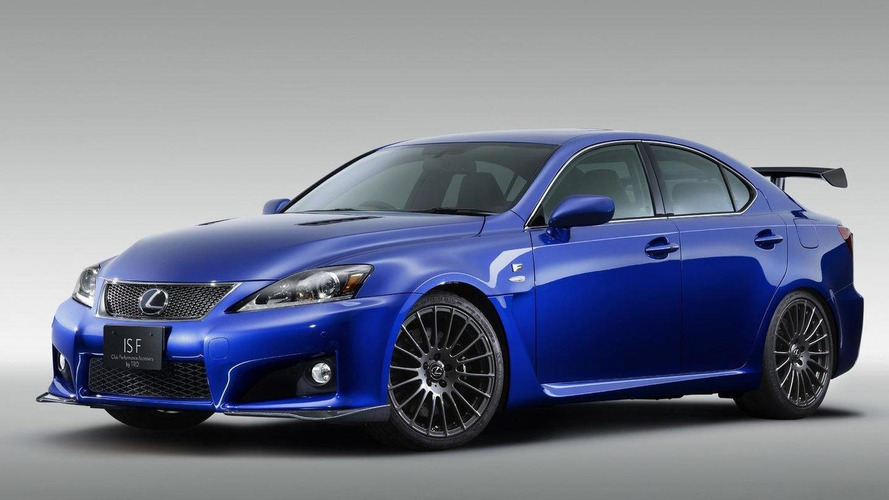 Lexus brings the CT200 H F Sport to Tokyo along with the IS F CCS-R and the IS F Club Performance Accessory.

Lexus has brought several models to the Tokyo Auto Salon to show what a little tuning can do for some of its cars.

Alongside the CT200h F Sport, which was first revealed at the Australian Motor Show back in October, Lexus also featured at the show two versions of the IS F - the CCS-R (Circuit Club Sport Racer) and Club Performance Accessory.

The IS F CCS-R is a true racer and comes with carbon fiber body panels which include the bonnet, boot lid and front and rear spoilers. It is fitted with a new frameless constructed roll cage and polycarbonate windows. Carbon fiber is also used for the dash center console and door trims. The CCS-R has a 6-point safety harness and short-diameter steering wheel.

For performance on the track the CCS-R has been fited with race suspension, brakes, cooling and exhaust systems, a mechanical limited-slip differential and forged alloy rims with racing tires.

The IS F Club Performance Accessory, courtesy of TRD (Toyota Racing Department), comes with front and rear spoilers, rear diffuser and a carbon fiber hood. The model also makes use of carbon fiber inside the cabin and features orange sports seats. The IS F Club Performance Accessory is fitted with sport suspension and brakes, titanium exhaust, magnesium rims and also comes with a mechanical limited-slip differential.