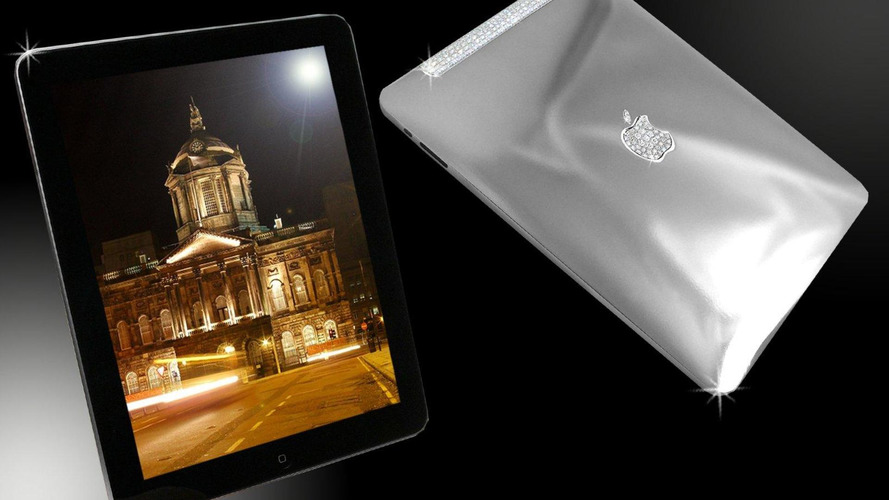 The model was commissioned from Italian design house Fenice Milano which has labelled it "La Dolce Vita Gold and Diamonds 200hp". Even the outside of the car features 24K gold particles in the golden pearlescent white paint and there's a gold thread finish to the hood too. But that's just the beginning.

A diamond-encrusted IPad from the English house Stuart Hughes called the Ipad Supreme Edition is also part of the package. Half-a-million euros does buy you some extra goodies.

On the inside is a teak carpeting and a teak and leather ringed steering wheel with 24k gold controls. A gold frame adorns the instrument panel and 24k gold inserts are also on the dashboard - handcrafted by the artisans at Fenice Milano. The seats are finished in hand-stitched full grain leather and natural-colored Alcantara.

The car is a based on a 500C Abarth which has been tuned by Romeo Ferraris with power dialed up to 200 PS (147 kW) by means of a new ECU unit, boosted turbo and new sport exhaust system with its own set of pipes. Performance brakes have also been added and a Brembo kit with adjustable dampers has been fitted to the front axle.