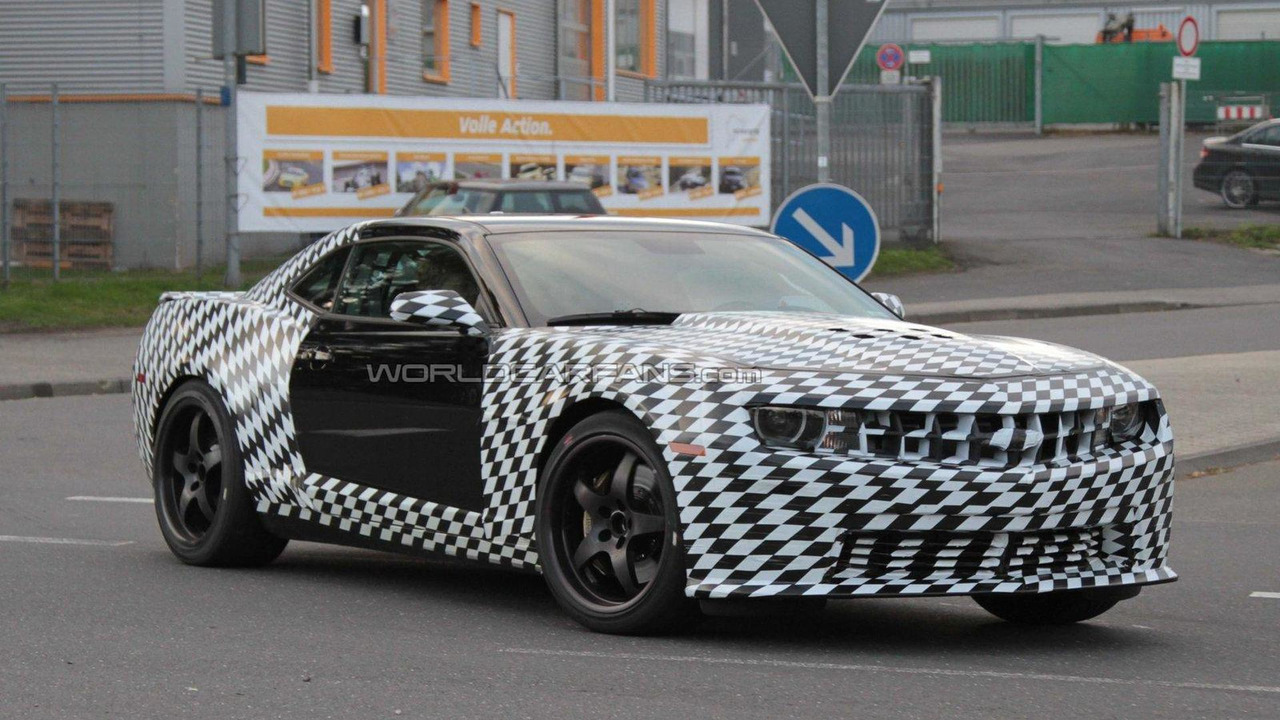 At a meeting of U.S. Chevrolet dealers the model was referred to as the "HP Edition". The Z28 will come with a 6.2 liter supercharged V8 engine.

Details on the upcoming Camaro Z28 have been leaked from a U.S. Chevrolet dealers' meeting.

The details are as follows:

The Camaro Z28 is being referred to internally as the "HP Edition" and was solely called by that moniker during the meeting.

Production begins on January 1st, 2012. Still a year away if you happen to be waiting on one.

Under the hood will be a 6.2 liter supercharged engine. The HP Edition will be fitted with a Magnetic Ride suspension and come with 285F/330R tires.

The hood will have a louvre/slat design (which has been spotted in previous spy shots) and the interior gets modest updates with brighter trim-work.