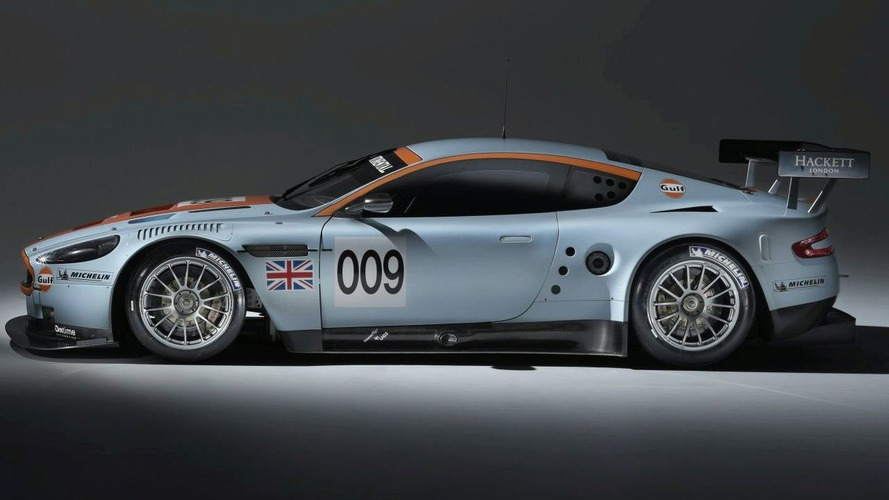 Aston Martin Racing will return to Le Mans in 2008 to defend its GT1 title in the distinctive blue and orange livery of Gulf Oil.

Last year at Le Mans Aston Martin saw the checkered flag first, while 30 years ago Gulf Oil was able to mark its first Le Mans victory into its history books.

Since both companies have something to prove this year they have decided to cooperate resulting in a smoking hot Aston Martin CBR9 race car in the classic and world famouss Gulf Oil racing colours. The numbers on the side of the car are arguably the best, namely 007 and 009.

“This is arguably the most important year ever for Gulf in motorsport.The coming together of two great automotive names, for what I hope will be a long and fruitful partnership,” said Alain Dujean, Gulf Oil vice president international.

David Richards, chairman of Aston Martin, said: “Endurance racing is engrained in the heritage of both Gulf and Aston Martin and we have also both been intrinsically linked through Le Mans for many decades.”