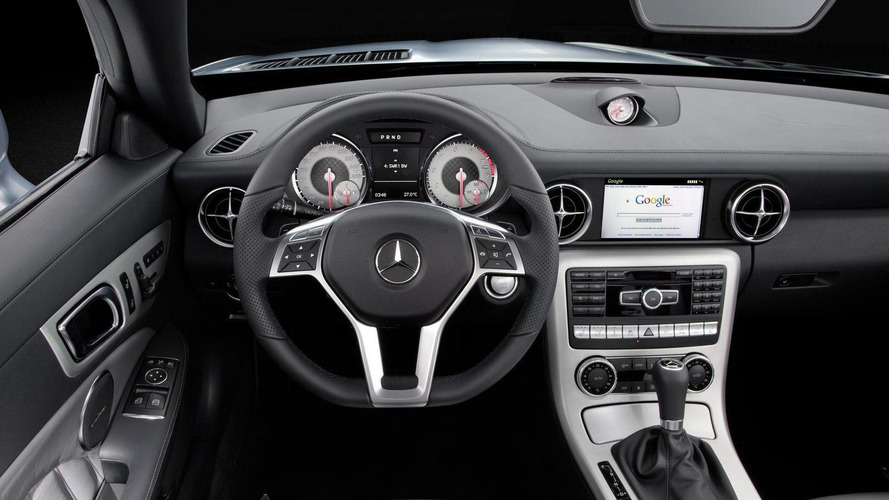 The most distinguishing feature of the new SLK, now in its third generation, is the panoramic roof with Magic Sky Control, whereby the the transparency of the 'vario-roof' can be changed from light to dark.

The new front face of the SLK, with its more upright grill, references the SLS AMG as well as being in keeping with Benz's new design paradigm which is holding to that feature. But the new design still improves on the SLK's drag co-efficient, though - 0.30 compared to the previous model's 0.32.

Mercedes-Benz promises a better ride on the new SLK thanks to firmer springs and dampers on the suspension and torque vectoring brakes.

New technology on the SLK includes an Airguide windstop system - a new invention from Mercedes-Benz's clever engineers to help control air flow and noise in the cabin area when the top is down.

Order books open in Germany on 17 January 2011. The prices including VAT are as follows:

Check the press release link below for further details.