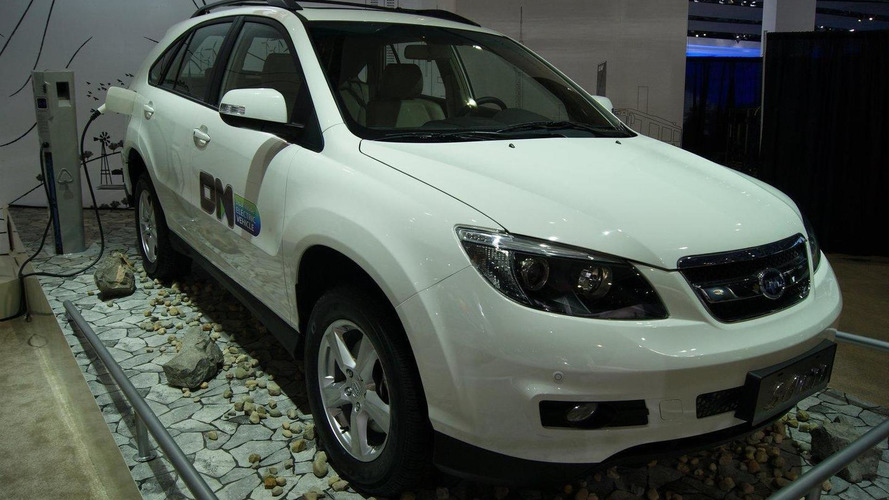 BYD has lifted the lid off their new hybrid SUV. The BYD S6DM could go on sale in the US within a couple of years. Get the details inside.

Chinese automaker BYD brought out the plug-in hybrid S6DM at the North American International Auto Show this week.  The automaker says the vehicle "is the world's first independent 4WD dual-mode electric SUV," a title Lexus would surely argue belongs to their RX hybrid.

Nevertheless, the BYD model uses a small electric 14-horsepower (10-kW) motor connected to the front wheels, and a 102-hp (75-kW) motor sending power to the rear.  The motors work with a range-extending 2.0-liter petrol engine.

A six-speed dual-clutch automatic transmission is also in use.  Ultimately, drivers will be able to travel in all-electric mode for 38 miles (60 km), and 311 miles (500 km) when the combustion engine is in use.

The BYD S6DM will likely be sold in the U.S. following an American market introduction of the all-electric BYD e6.  BYD has U.S. sales of the e6 MPV scheduled for the first quarter of 2012.