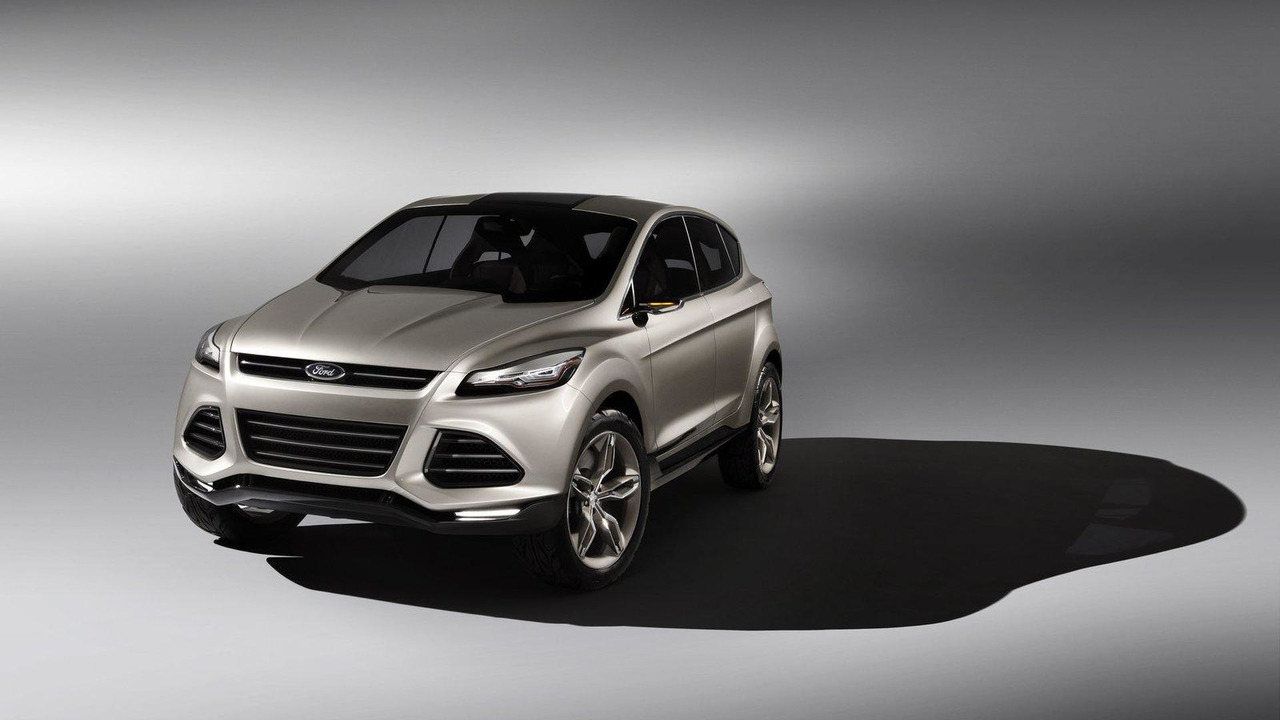 Tried, true and downright tired, the current Escape dates all the way back to 2003. However, that is about to change as Ford has unveiled the Vertrek concept which previews the Escape/Kuga replacement.

With Ford's lineup undergoing a major revamp, the Escape sticks out like a sore thumb. Tried, true and downright tired, the current model dates back to 2003.

However, that's about to change as Ford has just unveiled the new Vertrek concept which previews a "sporty, sleek, fuel-efficient" replacement for the Escape and Kuga. As such, the Vertrek features a Focus-inspired front fascia, a C-MAX derived greenhouse, carbon fiber accents, LED lighting, and massive wheels. While the latter items won't make it into production, the concept gives you a pretty good idea of what will be showing up at dealer lots in 2012.

Inside, the cabin has the usual futuristic touches, but in a nod to realism, the boot has a cargo capacity of 29.2 cubic feet (828 liters) which can be expanded to 66.3 cubic feet (1,879 liters) when the rear seats are folded down. Furthermore, the crossover comes loaded with tech goodies including SYNC, active park assist, BLIS (Blind Spot Information System) and Intelligent Access with push-button starting.

Under the hood, power is provided by a 1.6-liter four-cylinder EcoBoost that is connected to a six-speed automatic transmission and an engine start/stop system.  While the company declined to release specifications, they stated the "Vertrek concept could also easily use" the 2.0-liter Duratorq TDCi which makes it a sure bet for the European-spec model.