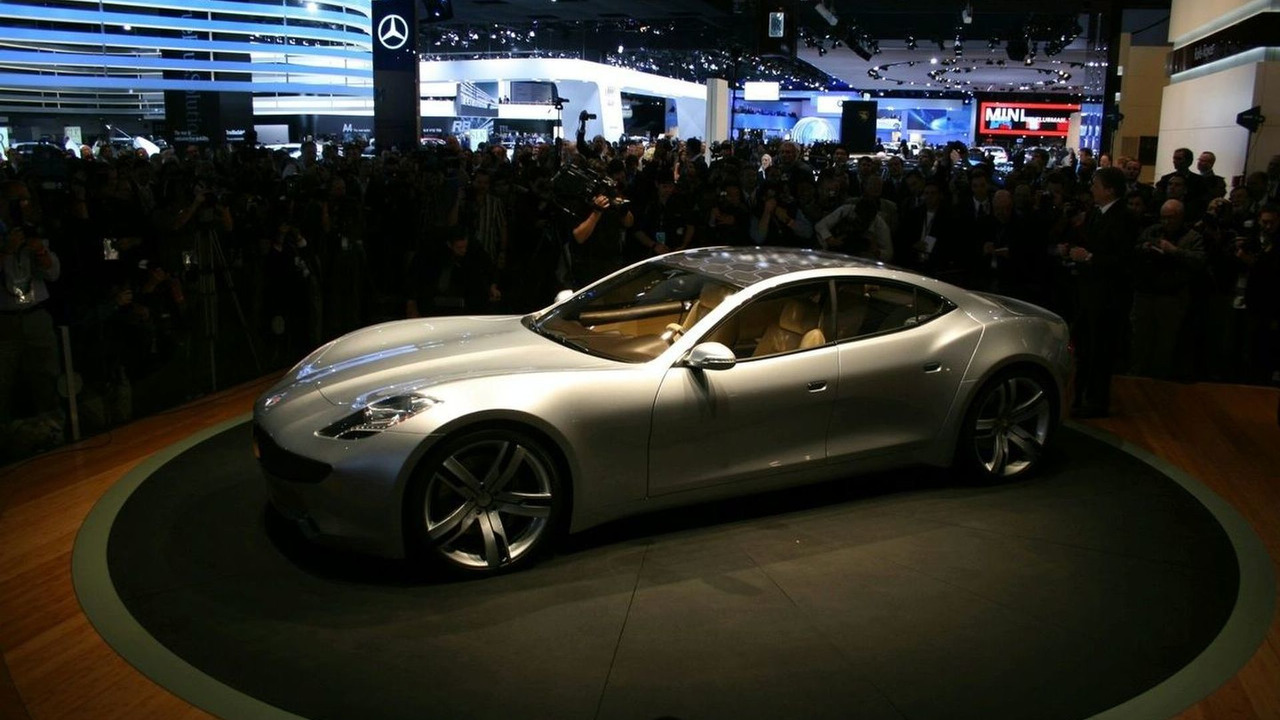 Karma: a term describing that of cause and effect. And so it is appropriate that Fisker Automotive's first production car is so named.

Karma: a term describing that of cause and effect. And so it is appropriate that Fisker Automotive's first production car is so named. Dubbed as a vehicle allowing consumers the good practise of automotive karma, this environmentally-friendly plug-in hybrid is a new breed, bringing the extreme comfort and style of the luxury automobile category to an eco-friendlier one.

Cutting-edge technology features at the new Karma's heart. Developed exclusively for Fisker Automotive by Quantum Technologies, Q-DRIVE provides a small petrol engine in turning a generator for power to its lithium-ion battery pack. The technology will be used to power future derivatives under the Fisker brand. Regenerative braking will be employed to regain power otherwise lost from braking, while an optional solar roof will charge the battery and maintain partly self-contained climate control when parked.

Offering emissions-free driving of up to 50 miles per charge, Fisker are keen to point out that with more than 60% of Americans and Europeans driving less than 50 miles on their daily commutes, household fuel dependency could drop with a Karma on the drive. "If this 60% of commuters would drive a plug-in hybrid like the Fisker Karma, we could see the fastest possible reduction both in oil consumption and emissions - all without sacrificing their daily driving habits."

A sleek, elongated design, the result of an all-new chassis built specifically for the development of the new powertrain, places the battery pack in the centre of the vehicle - improving weight distribution and dynamics. Proportional in height to Porsche's 911 and in length to the Mercedes CLS, the Fisker Karma makes extensive use of lightweight aluminium for its body panels and structure, producing impressive performance statistics - sprinting to sixty in just six seconds and continuing 'beyond' 125 mph.

Luxury exudes from the Karma's 'first class' four-seater cabin, with modern sophistication and a spacious luggage capacity the overriding features. The Karma's electronic aides include a Navigation system in the front with DVD player and integrated seat back displays in the rear. Two modes of driving are selectable: "Stealth Mode" and "Sport Mode". The former tweaks the car's setup for quiet economy mode and the latter, a mode to access the full extent of the car's power.

The design is final and will be put to market in the form seen next week at Detroit, with the first 99 examples to be numbered and signed by Henrik Fisker - produced in the colour and trim of the show vehicle. The Fisker Karma will hit Detroit January 14th, with first deliveries starting the last quarter of 2009.