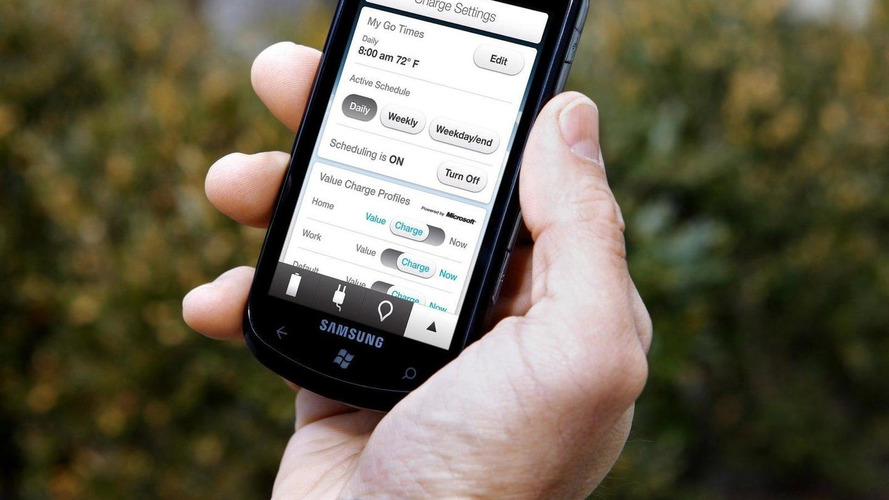 After months of teasing, Ford has officially unveiled the 2012 Focus Electric at the Consumer Electronics Show in Las Vegas.

After months of teasing, Ford has officially unveiled the 2012 Focus Electric at the Consumer Electronics Show in Las Vegas.

While the company keeping specifics to themselves for now, the Electric is powered by a lithium-ion battery which enables the car to hit a top speed of 84 mph (136 km/h) and have "a mile-per-gallon equivalent (MPGe) better than the Chevrolet Volt and other competitive battery electric vehicles." More importantly, a depleted battery can be recharged in three to four hours using the optional 240-volt rapid charger - half the time required by the Nissan Leaf.

In terms of styling, the model is distinguished by a revised grille, a modified front fascia, 17-inch aluminum wheels, and a "light ring" that surrounds the vehicle's charging port. As the vehicle recharges, flashing quadrants represent a charge in progress and solid quadrants show completed stages of charging.

Inside, the cabin features recycled fabrics, a keyless ignition, a Sony audio system, an EcoGuide instrument cluster, and a unique version of MyFord Touch. The latter system displays information such as battery status, estimated range remaining, and the electrical demands of vehicle accessories such as the air conditioner.  This particular version of MyFord Touch has also been optimized to work with the MyFord Mobile app which allows users to remotely lock and unlock doors as well as setup a charging schedule so the vehicle can be recharged at night when electricity rates are cheaper.