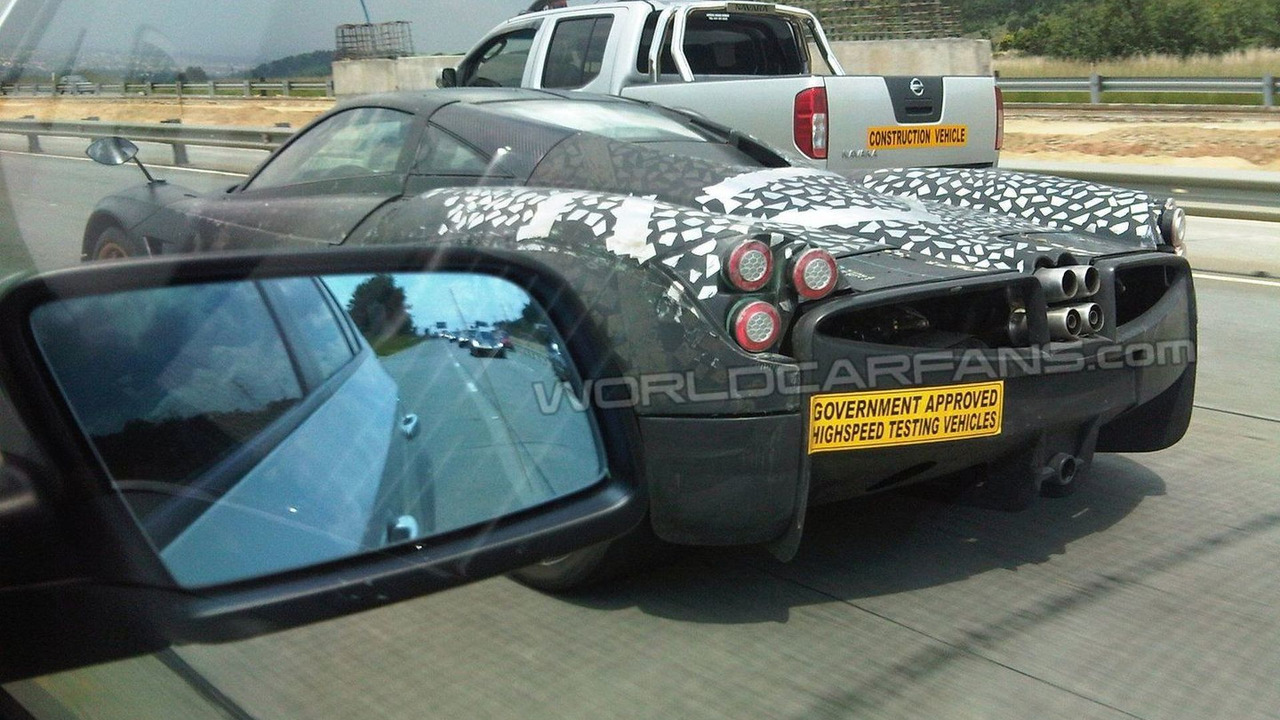 Pagani considering the names Deus Venti and Huayra for the Zonda successor. Video shows C9 prototype out for a road test near the Pagani factory in Italy.

Here's a brief video from and by Marchettino of the Pagani C9 (the Zonda successor) out doing some real-world road testing in Italy recently.

The car is still wearing camouflage but we do get to see that wicked center quad-exhaust formed in a square and mounted high on the back end of the car.

Marchettino caught the prototype as it came out of the Pagani facility in San Cesario sul Panaro, Italy (province of Modena in the region of Emilia-Romagna). There's a brief moment in the video where we get to hear the engine growl a little as the C9 does some overtaking, perhaps trying to get away from Marchettino himself.

The C9 is to be the next-generation Zonda model and reports are that Pagani is considering naming it Deus Venti, which means "god of the winds" in Latin or Huayra, which also means "wind" in the indigenous South American language of Quechua.

We've previously reported that the C9, hopefully to be named Deus Venti and not Huayra, will come with a bespoke 6.0 liter V12 AMG power plant with an ouput of around 700 PS (690 bhp / 515 kW) and 1000 Nm of torque. Marchettino says the V12 he heard is a bi-turbo. Whether that is the case remains to be seen but a custom-made AMG power plant made uniquely for Pagani is definitely going to be something special.

In other news, sharp eyed WCF member Murcielago2006 spotted in yesterday's C9 teaser video (after watching numerous times) a clearer view of the key fob scale model of the C9 that we got a glimpse of in the first C9 teaser video.  We've added a high-res screenshot to this article and you can clearly see the resemblance to the prototype in the video.