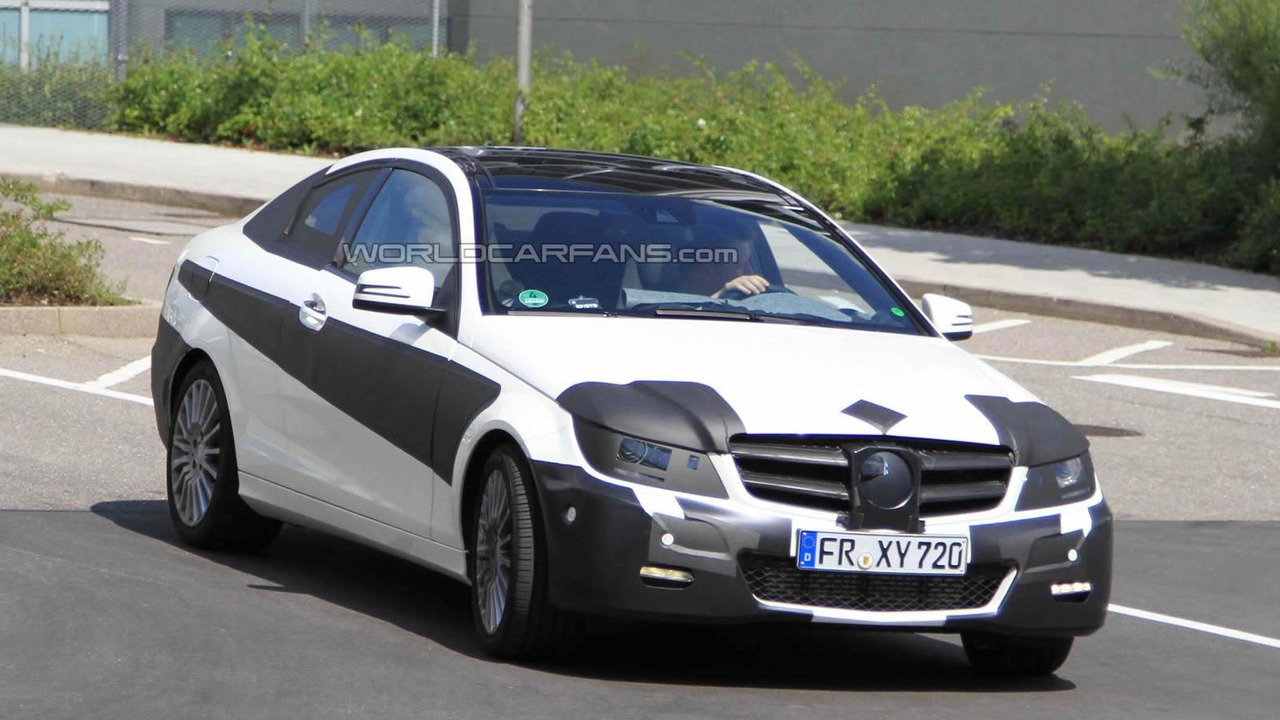 C-Class Coupe spied while being processed at Long Beach facility in California. Mercedes has hinted that it will bring the four-cylinder C250 Coupe to the U.S. market.

Here's a spy video of a 2012 Mercedes-Benz C-Class Coupe making its way to a destination somewhere in the United States.

The video was shot at the Long Beach Vehicle Processing Center in California as a slew of Mercedes-Benz cars were being brought into the country. The video also includes shots of the next-generation SLK and ML-Class.

Interesting to note is that Mercedes will bring the C250 Coupe to the U.S. as part of a contest it is holding on Twitter where winners can drive a new C-Class Coupe to the Super Bowl. The C250 Coupe comes with a 201 hp (204 PS / 150kW) four-cylinder power plant currently not offered with the C-Class in the U.S. market.

The C-Class Coupe will be making its debut at the North American International Auto Show in Detroit next week.