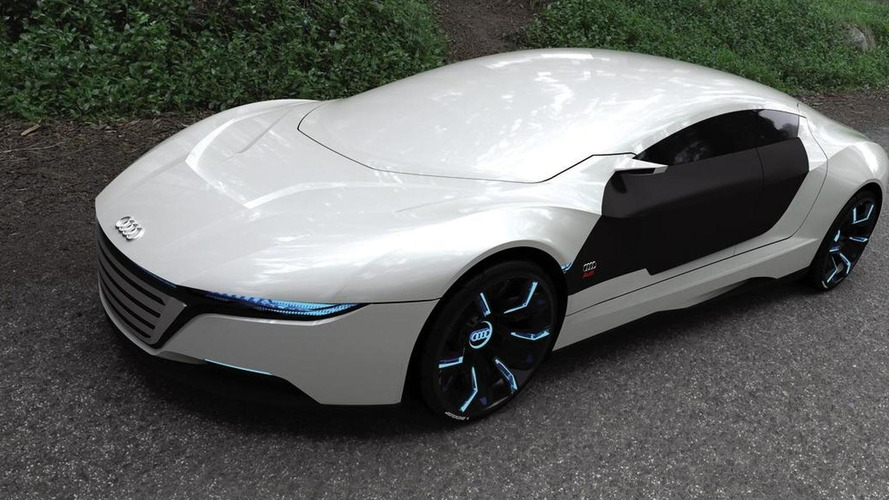 Audi working on A9 plan that will platform-share with a production Lamborghini Estoque product 2011-01-06 13:55:32 https://www.motor1.com/news/25502/audi-working-on-a9-plan-that-will-platform-share-with-a-production-lamborghini-estoque/ Audi Manufacturing / Production, estoque, lamborghini estoque, panamera, porsche panamera, audi a9, a9, luxury
Jan 06, 2011 at 8:55am ET
++

The A9 would be a luxury four-door sport coupe that would rival the likes of the Porsche Panamera and the Mercedes-Benz CLS.

[Editor's note: The A9 images published here are of a design study by Spanish designer Dani Garcia.]

At Audi, the A9 project goes tentatively ahead. And a production Lamborghini Estoque may be the key to its fruition.

According to British magazine Autocar, Audi is developing a new flagship luxury four-door sport coupe based on the A8, to be badged the A9, and rival the likes of the Porsche Panamera and the Mercedes-Benz CLS.

The A9 development is part of an Audi plan to produce sibling four-door sport coupes to its sedan models - just like the A7 Sportback is to the A6.

But the A9 has not yet been green-lighted for production.

"The project isn't officially confirmed for production, but work is progressing on the business case, both at an accountancy and engineering level," an Audi source told Autocar.

The fun news is that Audi is considering a platform-sharing process for the A9 and use its architecture to take the Lamborghini Estoque to production too. Lamborghini is a fellow VW Group brand.

The A9 would come with an aluminum space-frame and use the main components of the brand's MLB architecture (Modularen Längsbaukasten or 'modular longitudinal architecture' in English).

All three models, including the top-end A8s, would share the same air-sprung chassis architecture and be built on the same line at Audi's Neckarsulm plant. But engines would be different.

The A9 would come with a newly developed 4.0 liter V8 petrol while also being fitted with V6 and V8 diesel units. It could even come to be powered by a range-topping 6.3 liter W12 engine.

The Estoque would stick with the 5.2 liter V10 from Lamborghini, the same as in the Gallardo model.

"We couldn't approach a thought like this [production of the Estoque] without the VW Group. It'd be very difficult to do something. The investments are so high that if you don't have synergies, it's financially impossible."