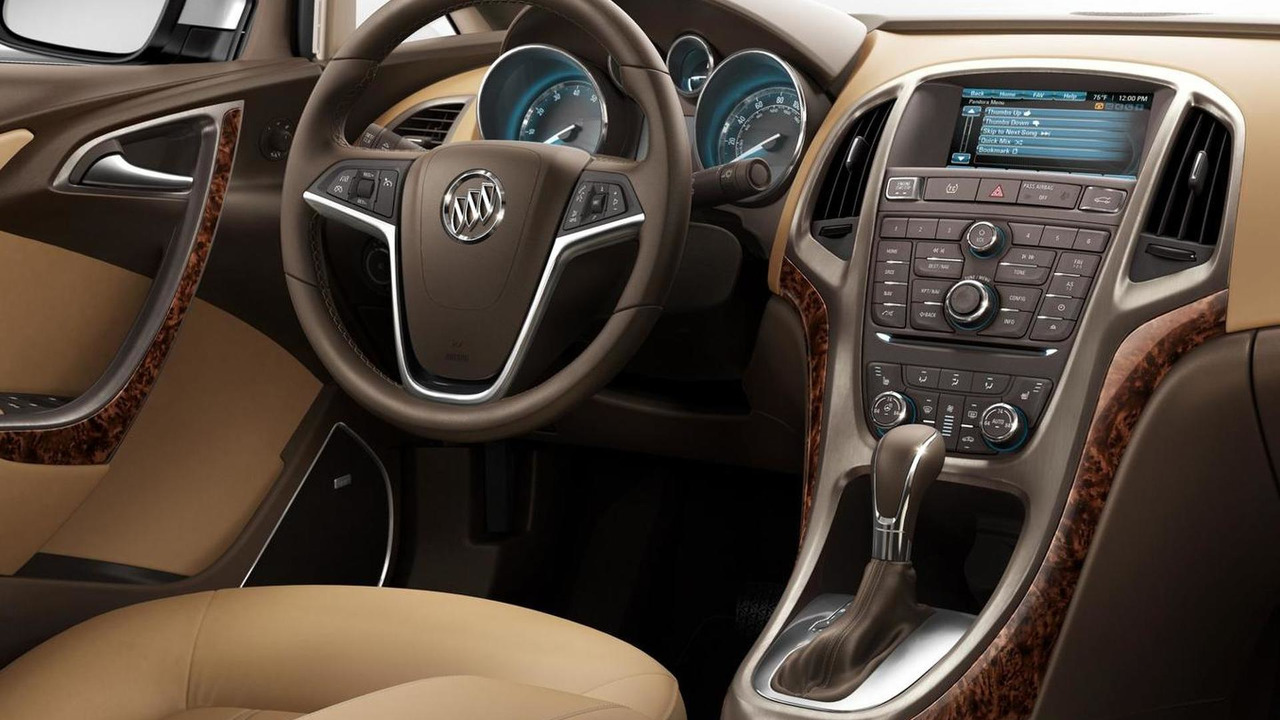 Essentially an Americanized Excelle GT, the Verano features an attractive design that echoes the Regal and LaCrosse.

Buick has officially unveiled the 2012 Verano, ahead of its debut at the North American International Auto Show.

Inside, the Astra-derived interior is elegantly appointed with soft-touch materials, metallic accents, and wood trim. If that isn't impressive enough, options include leather upholstery, heated seats, GPS navigation, and a Bose audio system.

Under the hood, power is provided by a 2.4-liter Ecotec engine with 177 hp (132 kW / 179 PS) and 170 lb-ft (230 Nm) of torque. It is connected to a six-speed automatic transmission which enables the car to accelerate from 0-60 mph in 8.0 seconds and return an estimated 22 mpg city / 31 mpg highway. While those figures aren't terribly impressive, Buick stated a turbocharged 2.0-liter will be offered in the future.

Pricing information hasn't been released, but the 2012 Verano is scheduled to go sale in the fourth quarter.