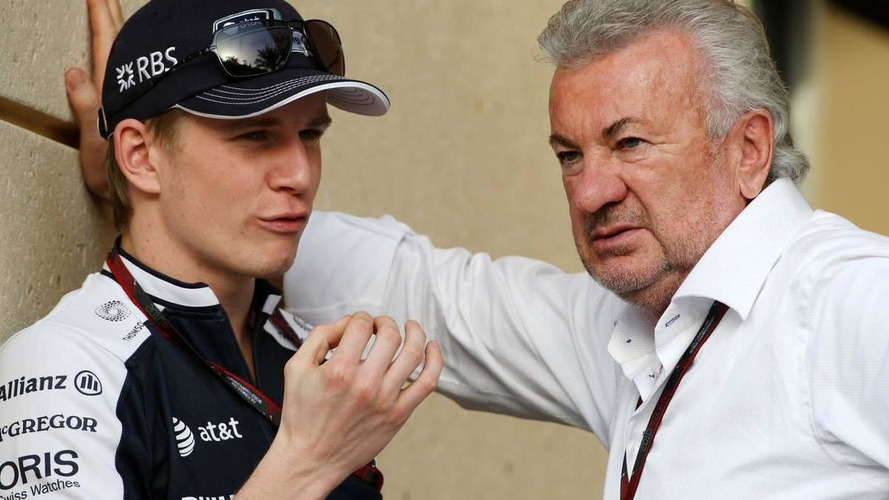 It may be two more weeks before an announcement about Nico Hulkenberg's role for the 2011 season is made, his manager Willi Weber has clarified.

It may be two more weeks before an announcement about Nico Hulkenberg's role for the 2011 season is made, his manager Willi Weber has clarified.

On Monday, the newspaper Blick reported that the German 23-year-old will be the Friday driver at Force India in 2011, working alongside racers Paul di Resta and Adrian Sutil.

However, that report has now been deleted from the Swiss publication's website.

In the report, Weber was quoted as saying that Hulkenberg had also been a contender for the third seat at McLaren but "Martin Whitmarsh was worried that it would be seen as a threat to Button".

Weber has now told the German news agency SID that Hulkenberg's future will actually only be decided in mid-January.

"I am negotiating with several teams," he insisted.

Another member of Hulkenberg's management team, Timo Gans, did not deny that Blick's story of Monday was false.

According to motorsport-magazin.com, he insisted that "the official statement is made usually by the team".

"So we don't want to make any official statements before the team does," added Gans.

Sutil's manager Manfred Zimmermann was also cautious when asked about the Blick story.

"I don't know where it comes from -- probably from Willi Weber because it says Nico Hulkenberg will be test driver," he said.

"I can only speak for us. We are basically in agreement with Force India, the contract is being drafted but it is not signed."

Zimmermann added that confirmation could take between 10 and 14 days.