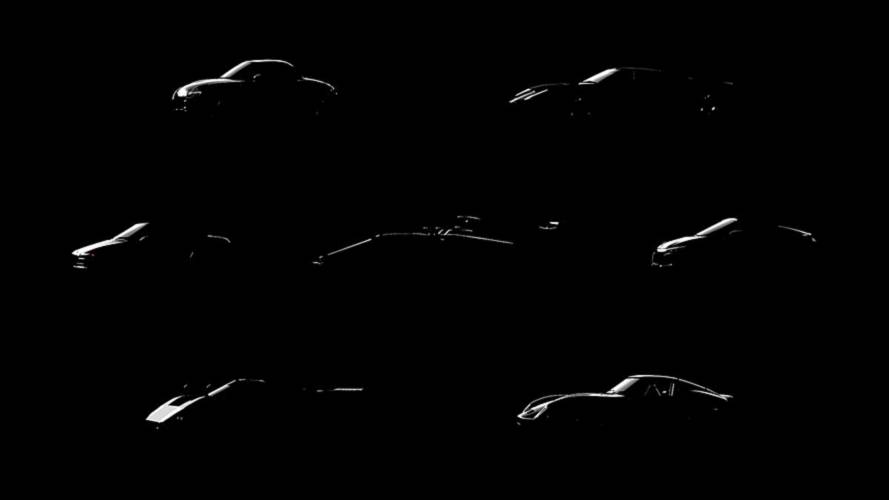 The update is scheduled to hit Playstation 4 consoles on July 30.

Gran Turismo Sport gamers have some new cars in the pipeline for the popular racing sim. Polyphony Digital boss Kazunori Yamauchi just dropped a teaser photo on Twitter, letting us know that an update with seven new cars is coming on July 30. There isn’t any mention of specifically what models are included, but the silhouettes in the photo do give us some hints. If nothing else, it makes for a neat little challenge to the global car community, to see just how car clever we all are at identifying iconic rides.

People have already responded to the tweet with guesses, and for the most part we suspect they’re spot-on. The top two cars are easily recognizable as a Daihatsu Copen and a first-generation Ford GT, though with a 2006 GT and a classic GT40 already in the game we suspect this could be an LM edition. Things get a bit more interesting in the second row, as the Honda Beat on the left and Honda S660 on the right are fairly recognizable and appropriate to launch together in an update. In the middle, however, appears to be a Formula 1 car.

The bottom row suggests a couple iconic race cars will join the mix – namely the Mazda 787B and the Ferrari 250 GTO. For us the GTO is a no-brainer, and most of the online Gran Turismo community feels the other ride is indeed the awesome 787B. We think that’s true, but we’ll also play devil’s advocate and suggest we could be seeing a Pagani Zonda in some form. The Zonda had a very long life with numerous submodels, some of which have vertical mirrors on the fenders and an overall shape similar to what we see here. The Cinque immediately comes to mind, and Pagani has been curiously absent from the current iteration of the Gran Turismo franchise.

With a little over a week until the update, we’ll get the final word soon enough. Then we can quiz ourselves to see just how keen we are at identifying automotive silhouettes.