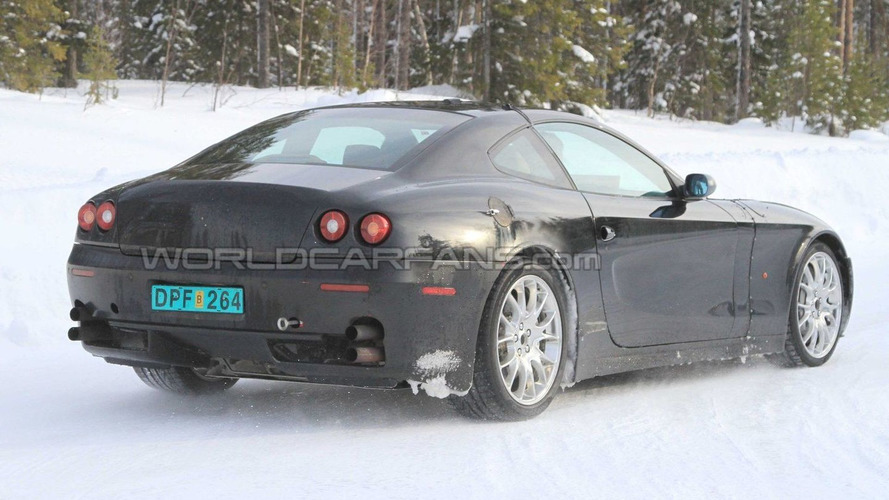 With the Geneva Motor Show just around the corner, we are starting to learn new information about the Ferrari 612 replacement.

With the Geneva Motor Show just around the corner, we're starting to learn new information about the Ferrari 612 replacement.

While nothing is official, a report is indicating the car - code named F151 - will feature an advanced all-wheel drive system that uses a secondary clutch to send power to the front wheels when a slip is detected. Despite sounding relatively normal, rumors say the system will only operate at speeds above 145 km/h (90 mph).

On the design front, the 612 successor will reportedly adopt a practical rear hatch and 458-inspired styling. We're not sure how prominent the hatch will be (or if even exists), but it sounds like the car will be more of a shooting brake and less of an awkward coupe.

The model is expected to be unveiled in March, so stay tuned.