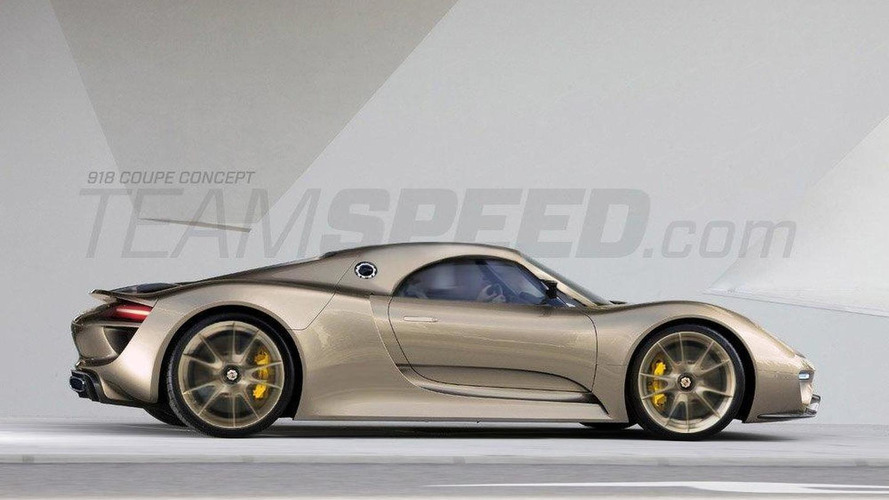 Porsche has hinted at a "spectacular" debut for an unspecified model at the Detroit auto show next month. Could a production-ready 918 Spyder be it?

Special thanks to TeamSpeed.com for this rendered image.

This is a rendering of the Porsche 918 Spyder which may debut at the Detroit auto show next month as a production-ready model.

Porsche has hinted in a recent press release at a "spectacular" Detroit debut for an unspecified model and the production 918 Spyder seems the likeliest bet.

Or it may just be the most wishful.

But Porsche has not been at the Detroit show in years and they would want to return with a splash.

Last month, they did release a photo of a clay model 918 Spyder even featuring a side exhaust pipe.