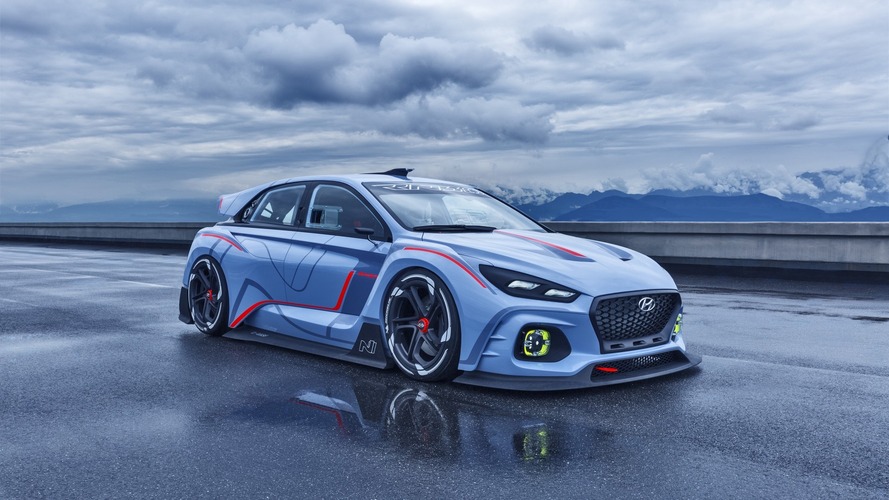 Rumors of an N-branded halo model have been swirling for months. Specifically a mid-engined, two-seat sports car. But now it looks like the anticipated performance vehicle could be in the early stages of development. A new report confirms the arrival of the so-called N halo model – and soon, we hope.

According to Vice President of high-performance and motorsport, Thomas Schemera, Hyundai's N division is working on a standalone halo model. The arrival of the i30 N and Veloster N mark the "completion of the first phase of N vehicles," said Schemera in an interview with AutoExpress. Next in line is a range-topper.

Hyundai i30 N Line Looks Like A Hot Hatch, But It's Not
⠀

"I can tell you Albert Biermann [Hyundai engineering boss] and myself are interested in hot things and have some ideas in the pipeline for a halo model," promises Schemera. "Rest assured we are coming up with something."

It's unclear exactly what the brand considers a halo model, though. There is reportedly still an internal debate as to whether it should be a two-seat sports car – similar to the RM 16 N concept we've seen testing – or a sporty sedan like the Kia Stinger and Genesis G70. With those uncertainties, that means we probably won't see this vehicle for another few years.

"We are just starting," Biermann said in a previous interview. "Our sales network is not used to performance cars, and we need to take a little time. Spreading out too many cars too fast is not the right thing. If we started with a bespoke car in the first place, people would have no idea what to do with such a car."