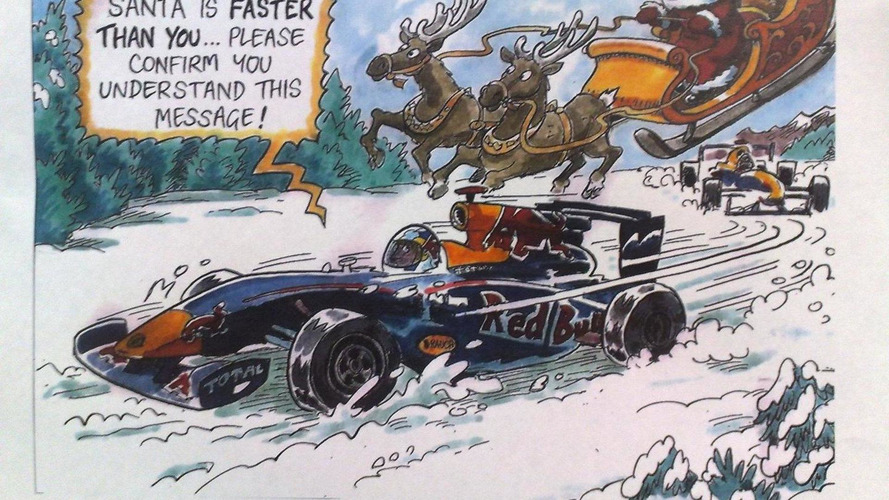 Red Bull has won the battle of F1's funniest Christmas card for 2010.

Red Bull has won the battle of F1's funniest Christmas card for 2010.

The team's card depicts Sebastian Vettel in a track duel with Father Christmas, who is driving his famous sled powered by reindeer.

"Santa is faster than you. Please confirm you understand this message!" reads the radio call to the sport's new world champion.

F1 chief executive Bernie Ecclestone has also maintained his annual tradition of a humorous Christmas card, and Red Bull is still the topic.

The 2010 edition shows Mark Webber and Vettel standing outside the team garage between a stressed-looking Christian Horner, who has just tossed a coin onto the ground.

"It doesn't always fall the way you think," reads the caption.