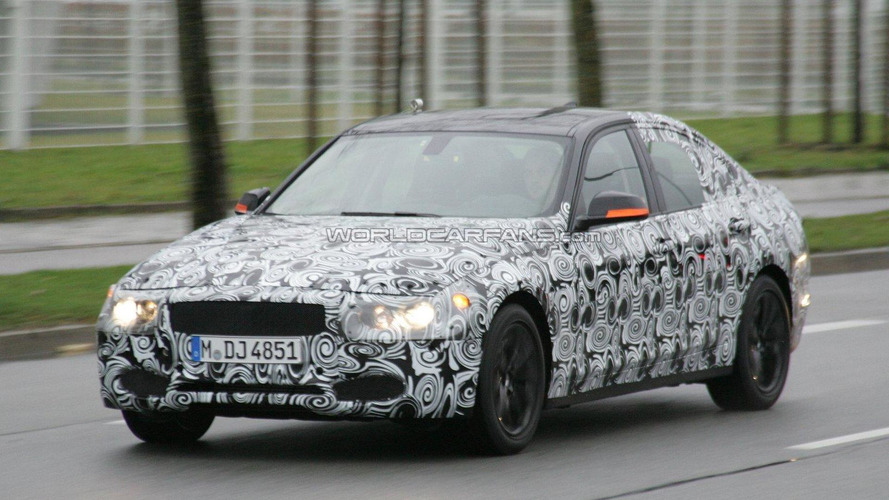 Motor Trend has some new details on the upcoming 2012 BMW 3-Series - codenamed the F30.

The next-generation 3-Series has been expected to be larger and, according to the report, will feature an additional 2 inches of length (5.1 cm) as well as a wider track and longer wheelbase.

The 3-Series will come closer in looks to the current 5-Series, adopting the softer features of that new design paradigm of BMW's.

A close look at some of the spy shots we've already seen also reveals that the next 3-Series will have shorter overhangs, also allowing for more cabin space.

The 3-Series will keep its current mostly forged-aluminum five-link rear suspension and aluminum-intensive double-joint struts at the front. New will be optional adaptive dampers. It may even feature the adaptive anti-roll chassis from the 5-Series.

Changes are also expected under the bonnet. An entry-level 1.6 liter turbo, borrowed from MINI, will be tuned to around 150 PS (110 kW). And BMW will fit a direct-injection turbocharged 2.0 liter to the 3-Series to replace some of the output levels currently furnished by the naturally aspirated 3.0 liter 6-cylinder. A 3.0 liter turbocharged straight-six will likely still top the range, though, dialed up a little to around the 320 PS (235 kW) mark from the current 306 PS (225 kW) - as on the current 640i. BMW is expected to fit its 8-speed automatic to the next 3-Series too.

For the cabin design, the instrument cluster will get a matte black background with color graphics for the displays in a new arrangement.

The 2012 3-Series will share a platform with the smaller next-generation 1-Series (F20), which is expected to debut sometime in 2011.

The next 3-Series is expected to be introduced next year too.