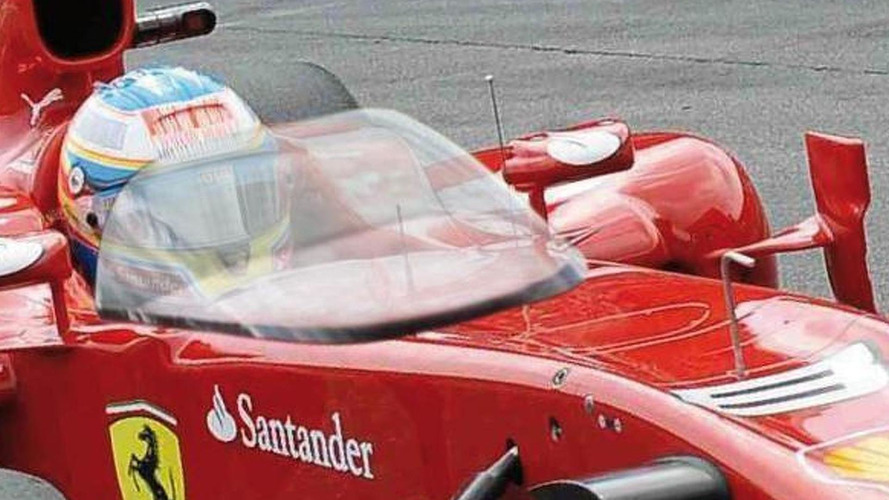 The FIA is proposing to mandate plexiglass windscreens for the cockpits of formula one cars, according to an Italian report.

The FIA is proposing to mandate plexiglass windscreens for the cockpits of formula one cars, according to an Italian report.

Autosprint, publishing a photoshopped image of a possible F1 windshield that can be viewed at tinyurl.com/2ew7rf6, claims the innovation would be to protect drivers from being struck on the head.

The exposure of the drivers' heads made headlines last year, when Felipe Massa was seriously injured by a flying suspension spring, days after F2 driver Henry Surtees was killed when he drove into the path of a stricken wheel.

"I'm not saying we need to cover (the cockpit) completely," Ferrari driver Massa said after recovering from his skull injuries. "But maybe there are some other things we can do to the car to stop a wheel hitting your head."

After those incidents last year, Bernie Ecclestone said Professor Sid Watkins - the president of the FIA Institute for Motor Sport Safety - had been commissioned to "deal with" the issue.

Autosprint said the proposed protective structure, whilst not impeding driver visibility, would be designed to withstand the impact of a flying wheel and the full 640kg weight of an F1 car.

The report said the solution would also need to take into consideration its aerodynamic impact, including the flow of air to the engine airbox and the wings.