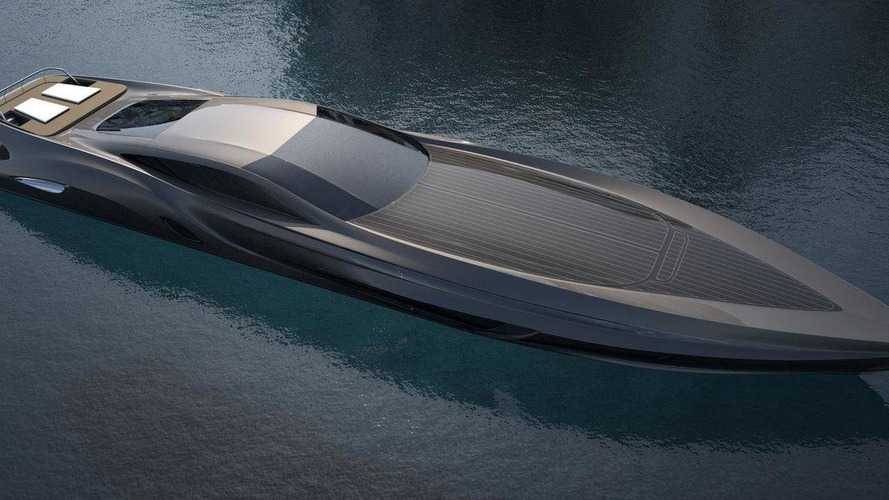 Luxury yacht-maker Gray Design of Sweden has a new creation to sell.

The Strand Craft 166 (SC166) is a supremely equipped yacht that includes such items as a retractable flybridge, a hidden jacuzzi deck and offers a custom-made supercar.

That supercar tender is an in-house-constructed sports coupe fitted with a 4.3 liter V8 powerplant [pictured in the photos here]. Or you can just go for the traditional choice of a Ferrari, Lamborghini or other name-brand supercar.

As with all things money, appearances are everything. And that retracting flybridge and radar mast, as well as the hidden entrance doors, allow for the SC166 to keeps its clean-flowing design lines when those items are not in use. As the press release says, it's for "making that first impression." And the boat definitely has a stealthy look.

Options include bullet-proof Japanese Samurai tread leather woven from Vectran fibres which can also be used to cover the walls to make the cabin bullet-protected.