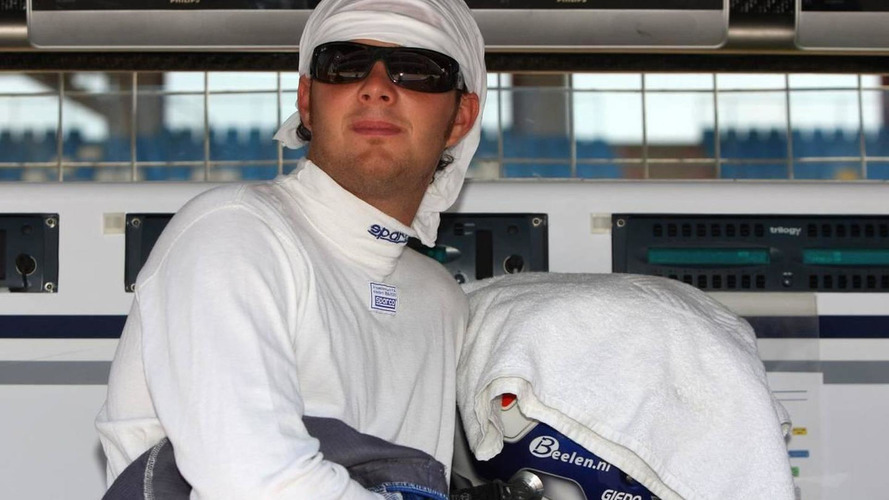 Giedo van der Garde and his management have started work on 'plan B', after missing out on the second Virgin race cockpit for 2011.

Giedo van der Garde and his management have started work on 'plan B', after missing out on the second Virgin race cockpit for 2011.

The Dutchman, managed and sponsored by officials of the McGregor fashion brand, was in the running for the seat alongside Timo Glock until the British team said on Tuesday it has signed Belgian Jerome d'Ambrosio.

Asked if he had heard the news before Virgin's press release was issued, 25-year-old van der Garde told the Dutch press: "No, we were not informed in advance.

"It is unfortunate, but what you do know in advance is how difficult it is to get a formula one seat," he admitted.

"F1 remains the goal even if it is a tough business. You have to ignore the setbacks and keep going."

The Dutch magazine formule1.nl said 'plan B' for van der Garde is another season in GP2, or perhaps test seats with the Williams or Force India teams.

Van der Garde replied: "This news is so fresh. First I have to sit down with my management to see what is best for my career.

"Plan B is to be GP2 champion, as we have seen what it did for Pastor Maldonado. He was in GP2 four years before he was champion."

His manager Jan Paul ten Hoopen admitted that Tuesday's news has "narrowed the opportunities" for van der Garde in F1 for 2011.

"With Virgin we had a realistic option," he added. "We are still talking with two other teams, including Force India.

"But you can never rely on something in formula one. It's a big casino," added ten Hoopen.