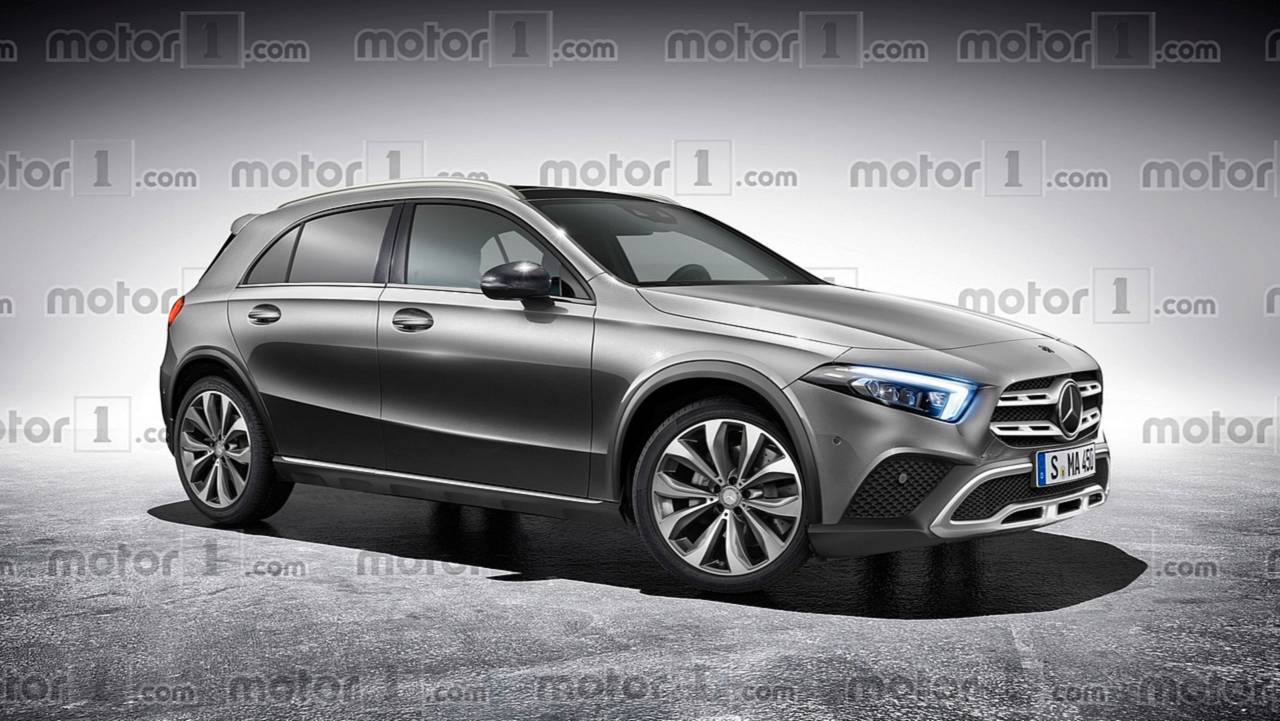 The rugged A-Class on stilts might get a "coupe" version later in its life cycle.

With more competition to worry about coming from the BMW X2 and the Lexus UX, the GLA needs to evolve in order to remain a solid offering in the premium small crossover segment. Mercedes is doing just that by currently putting the finishing touches on the next generation. We’ve see the 2019 GLA in a plethora of spy shots, so we’ve decided to put them to good use by attempting to figure out what was hiding underneath the annoying camouflage.

Unsurprisingly, the GLA looks more or less like an A-Class with a raised ground clearance and a slightly more rugged body. Unless the disguise applied onto the test vehicle has been playing tricks on us, Mercedes will play it safe with the model’s exterior design by essentially crossover-izing the A-Class. The interior cabin will probably be carried over from the hatchback as well, but with a few subtle changes here and there to differentiate the two compact cars.

The most affordable crossover to carry the three-pointed star badge will be powered by the same engines available in the 2019 A-Class, including what Mercedes has described a “state-of-the-art” diesel. It’s a 1.5-liter four-cylinder unit co-developed with Renault to produce 114 hp (85 kW) and 192 lb-ft (260 Nm). This will be reserved for the GLA 180d, and if we were to rely on the rumor mill talking about the A200d and A220d, the equivalent GLA will be offered in Europe alongside a larger 2.0-liter available in two states of tune: 148 and 187 hp.

On the gasoline side, expect the A-Class’ 1.3-liter unit with 107 hp, 134 hp, and 161 hp, along with a 2.0-liter available in the hatchback with either 187 hp or 221 hp. A warm GLA 35 version seems very likely considering Mercedes-AMG has already confirmed an A35 in hatchback and sedan flavors with around 300 hp. Of course, the range topper will continue to be the GLA 45 and we know for a fact that it will hit the 400-hp mark.

While the GLA is available today in one body style, things could change with the next iteration as Mercedes has hinted it might go down the GLA Coupe road. If it’s actually coming, don’t expect to see it right away as it will likely debut later in the crossover’s life cycle. Meanwhile, the standard model could premiere by the end of the year or the first half of 2019.