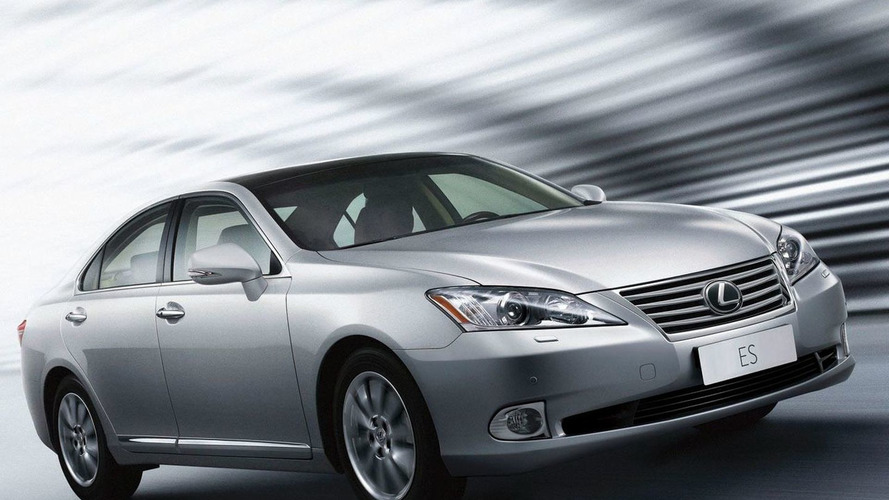 New hybrid variant of the ES 350 sedan could come in the next-generation ES model. Its drivetrain would likely be based on the Toyota Camry hybrid system.

Lexus has filed a trademark application with the U.S. Patent and Trademark Office for the name 'ES 300h', according to a report by Car & Driver.

The filing took place earlier in December and hints at a new hybrid model by Lexus based on the ES 350 sedan which would perhaps borrow Toyota's Hybrid Synergy Drive System from the Camry hybrid.

The '300' means nothing, of course, as Lexus' numbered names have no relation to engine displacement or anything else. Expected in such a hybrid sedan model would be similar to what we find in the Toyota Camry hybrid - namely, a 2.4 liter, 4-cylinder engine coupled to an electric motor producing a total of 187 bhp (140 kW / 190 PS). Or maybe Lexus would dial that up a little for its own premium model.

The ES 300h is likely to debut only on the next-generation ES sedan model. But an ES hybrid makes sense as Lexus continues to expand hybrid variants across its range, including hybrid-only models such as the CT200h and HS250h in the U.S. product lineup.

Lexus intends on making itself the hybrid premium brand, particularly in Europe, where it needs to distinguish itself from local competitors such as Audi, BMW and Mercedes-Benz.