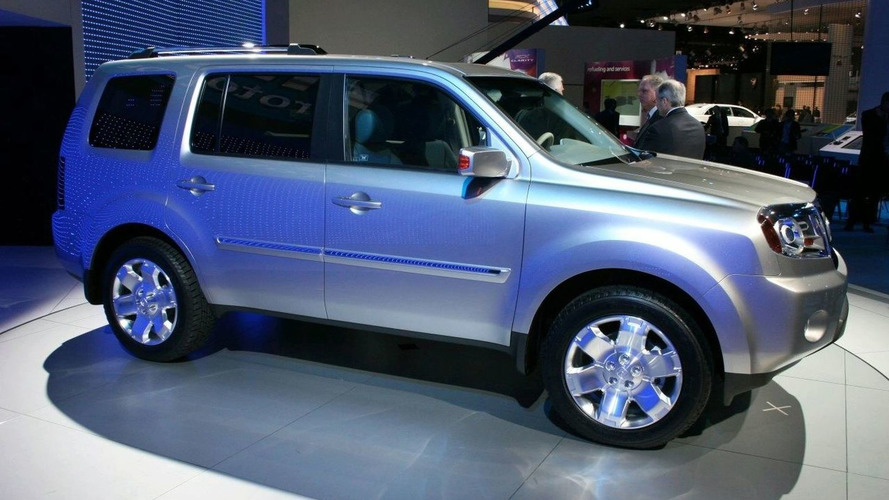 Honda's next-generation Pilot SUV is scheduled to debut in spring of 2008, and the manufacturer unveiled a barely-disguised version at the NAIAIS in Detroit.  Boxier, burlier styling is the most noticeable external change.  The Pilot is slightly larger, making room for three full rows of seats.  Honda says the third-row seat is large enough for full-size adults..

Fuel efficiency is also boosted thanks to the first adaptation of Honda's two-mode Variable Cylinder Management system.  The Pilot's V6 operates on six cylinders when power is needed or when towing a trailer, and can shut down two or three cylinders to save fuel when cruising.  The Pilot's unibody structure has been strengthened to improve towing capacity.  Honda plans to introduce the production version later this spring.