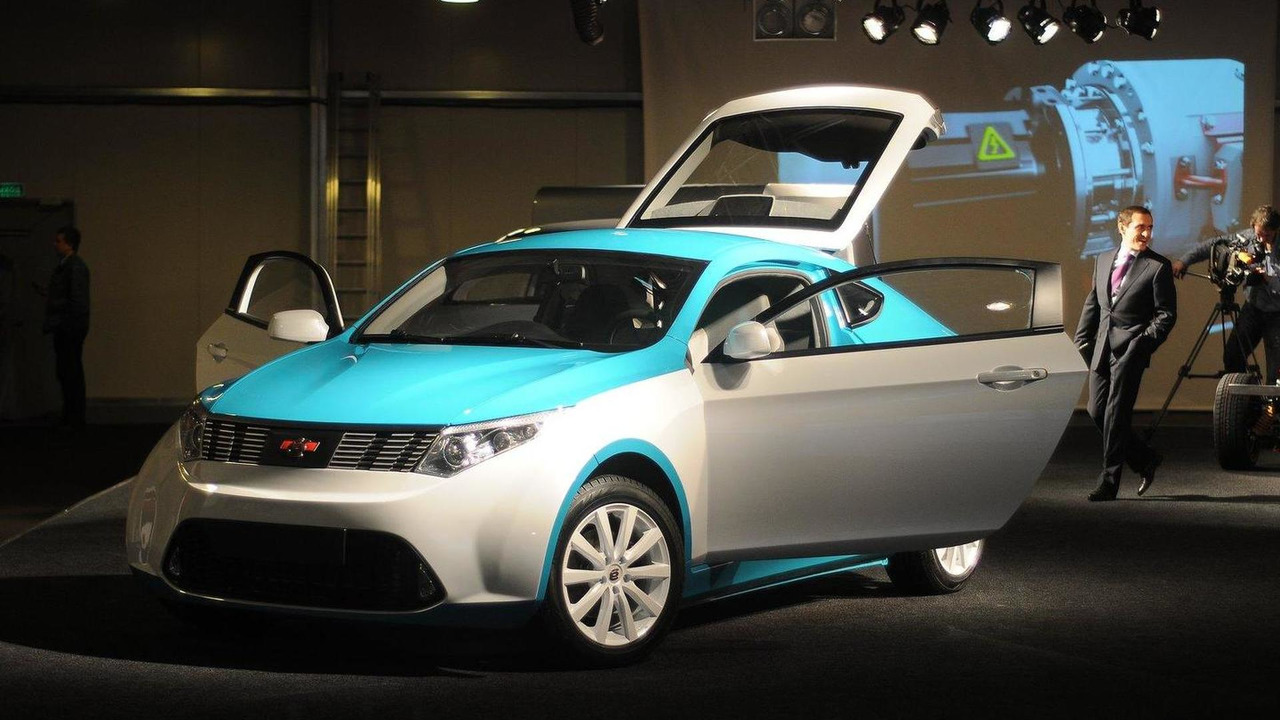 3 prototypes inlcude a microvan, cross-coupe and larger transport van. The hybrid system consists of a rotary engine/generator with electric motors mounted on each axle.

The three vehicles were all designed by Andrey Trofimchuk and the prototypes were built by Cardi, which is responsible for the ë-mikroven and ë-van, and R.A.D. which made the ë-cross-coupe. Both houses are Moscow-based design studios.

The vehicles feature a hybrid system made up of a multi-blade rotary engine which serves as a generator and electric motors mounted on each axle.

The models will go into a limited production of around 10,000 units a year in 2012. The constructor will be the holding company Onexim Yarovit.

ë-AUTO will swing open its doors and make the three prototypes available for public viewing from January 2-12.