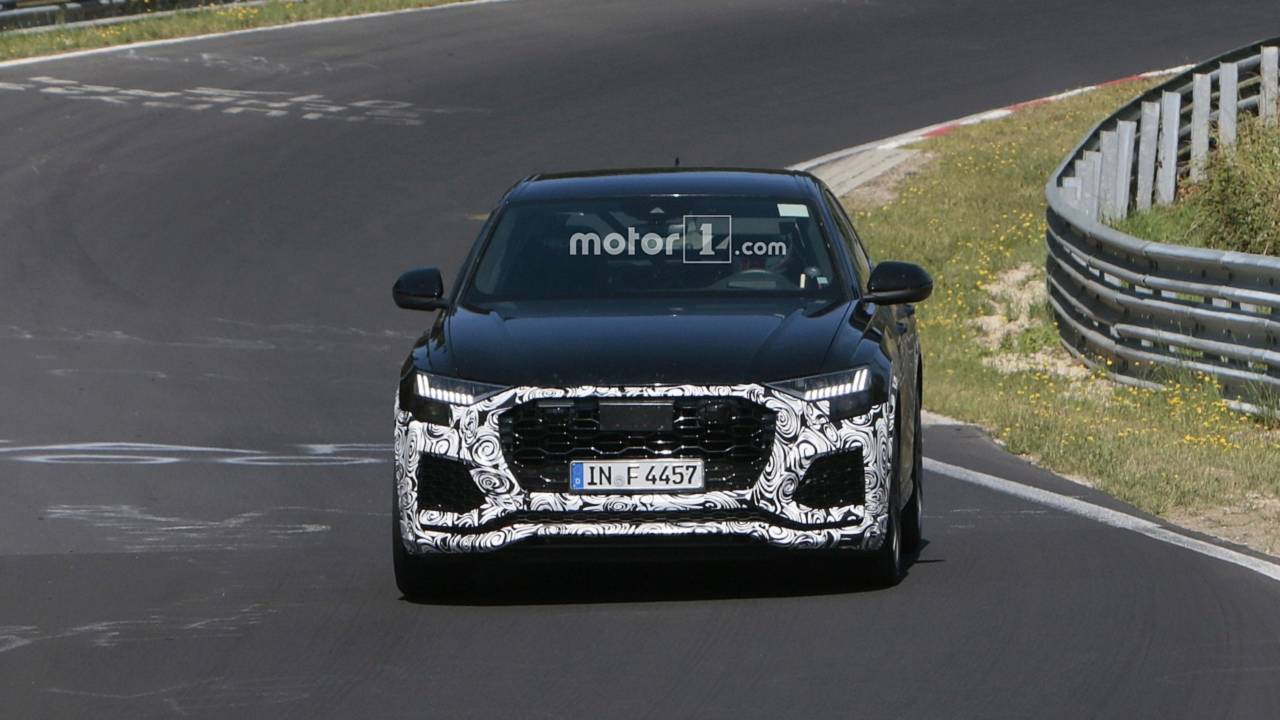 My, what big exhausts you have.

The badge at the back may say “Q8,” but it’s hard to miss those fat oval exhaust tips Audi is only installing on its RS-badged cars. Not only that, but the big wheels, large brakes, and a stiffer sports suspension are all signs this is more than just a simple Q8. The use of camouflage further denotes we are dealing with the RS Q8 since the disguise has been applied to conceal the updated design of the front and rear bumpers.

Audi also went to the trouble of covering the wheel arches, probably because the RS Q8 will feature slightly wider tracks compared to the standard model. The prototype that was being pushed hard around the Green Hell had a pair of body-hugging Recaro front seats along with a full roll cage, but you won’t be finding these on the production model.

Despite the disguise, it’s quite obvious the RS Q8 will look substantially more aggressive than not only the standard version, but also the warm SQ8 caught testing a few weeks ago without any camo. Even if you’re not a big fan of SUVs, you have to admit the hottest member of the Q8 family does look quite special, much like the related Lamborghini Urus.

Going up against other speedy coupe-SUVs such as the BMW X6 M and the Mercedes GLE 63 Coupe, the RS Q8 is expected to be a hybrid with a combined output of as much as 670 hp. If that number rings a bell, it’s because Audi will allegedly use an adaptation of the powertrain inside the Porsche Panamera Turbo S E-Hybrid. If the model from Ingolstadt will boast the exact same output figures, it means maximum torque will stand at a mountain-moving 626 pound-feet (850 Newton-meters) and we’re expecting the same thing from the Cayenne Turbo S E-Hybrid and perhaps from the plug-in hybrid Urus.

Audi likely won’t be coming out with the RS Q8 this year as we’re expecting the SQ8 to be revealed first, with the range topper to arrive towards the end of the decade.