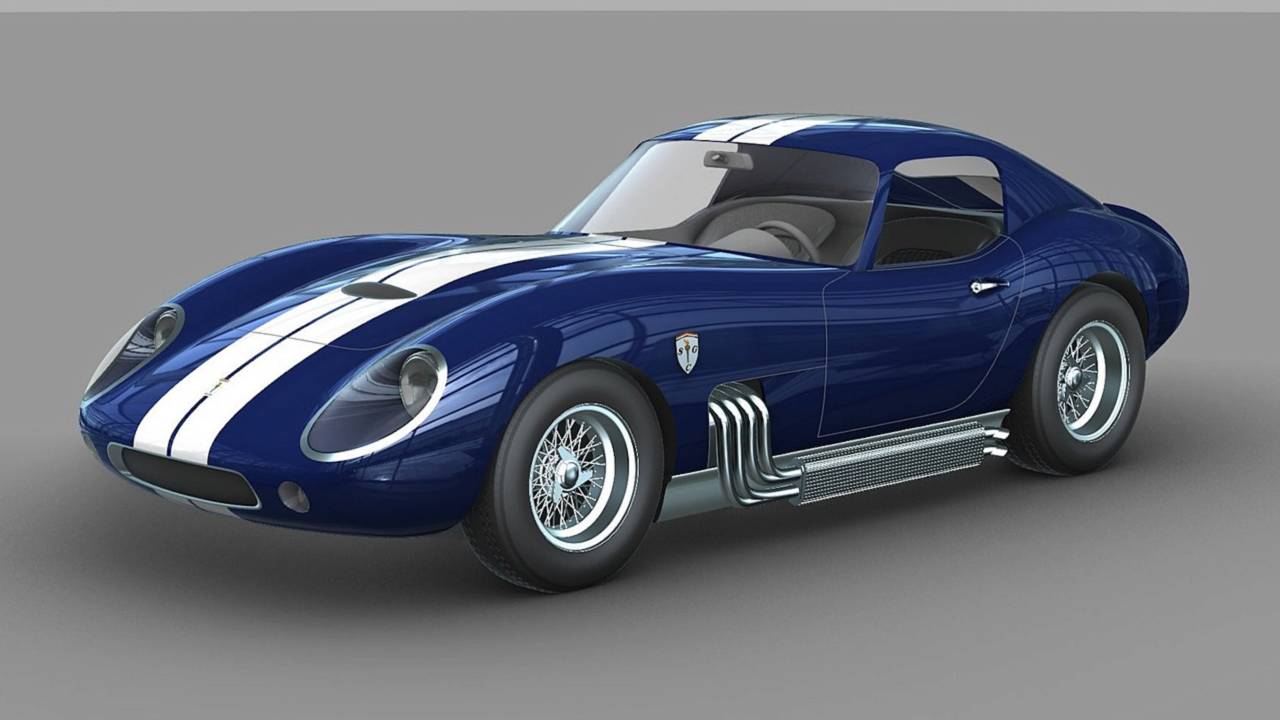 We see all kinds of classic Ferrari and Chevrolet Corvette influence in there.

Scuderia Cameron Glickenhaus dropped a rendering and some sketches on Facebook today of a new project that’s apparently in the works. The only thing we know is that it has the numerical designation of 006, it’s currently called the Glickenhaus Spyder, and it also has a coupe version with bold racing stripes. That, and we also know it looks a heck of a lot like a classic Ferrari 250, with touches of Corvette and even some Shelby Cobra side pipes thrown in for good measure.

It’s quite a departure from previous Glickenhaus designs and teasers, all of which show very modern-looking machines. The most noteworthy of those would certainly be SCG003, which did actually make it to the Nürburgring to turn a blistering 6:33 lap time, though the car was dressed in race trim and decidedly not street legal. The automaker attained low-production manufacturer status last year and was slated to debut its first road car at Monterey, but we haven’t really heard much since then.

Keen observers will note there are three numerical spots between this new rendering and the car most people are familiar with. SCG004 is a proposed three-seater road-going sports car that also wears shades of Ferrari in its shape, and yes, it also has a race version. SGC005 is The Boot, which is a curious off-roader that the company also hopes to literally take across the ocean with an amphibious add-on. SCG certainly has plenty of ambition and lots of teasers, but so far the only thing we’ve actually seen is its SCG003.

For what it’s worth, we hope this new teaser goes past the renderings and sketches we see here. The chrome side pipes are a bit ostentatious, but those big headlights and curvaceous fenders hit us right in the feels. SCG006 looks like it could be an exquisite touring dynamo.