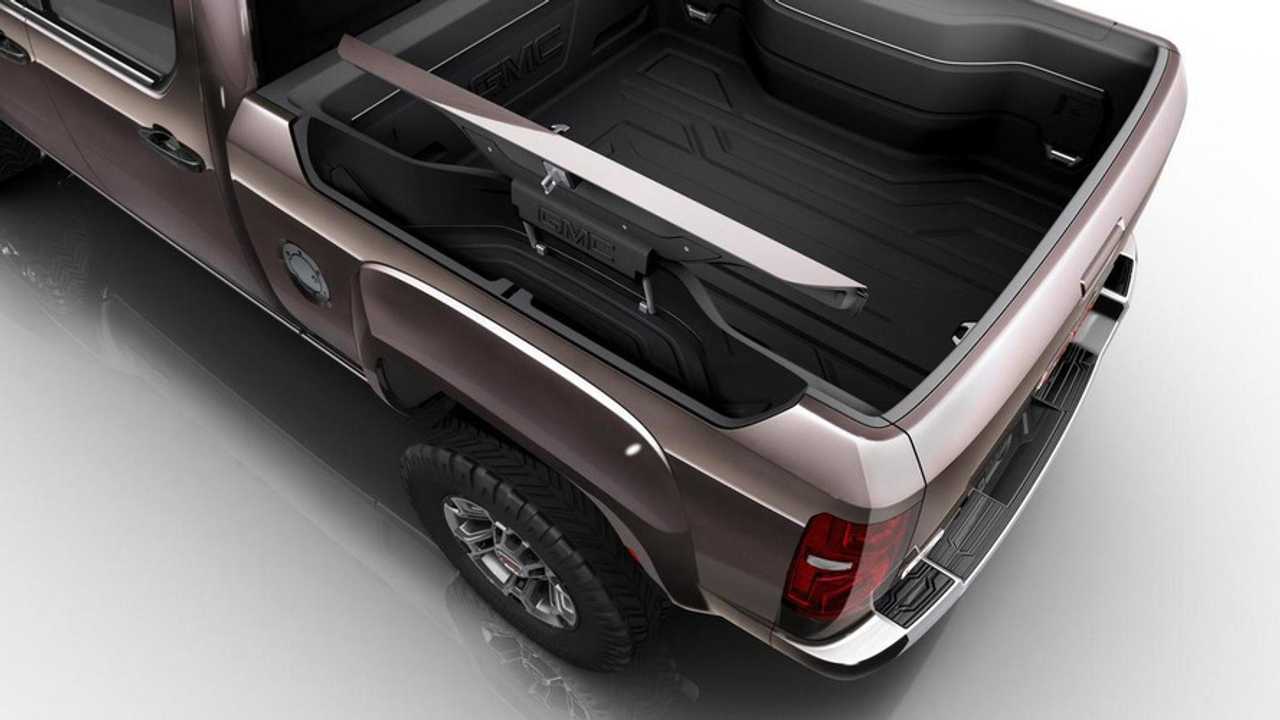 Designed to be one of the most capable pickups ever created, the All Terrian features a Duramax diesel engine and numerous off-road upgrades.

GMC has unveiled the Sierra All Terrain HD concept, ahead of its debut at the North American International Auto Show.

Designed to be one of the most capable trucks ever created, the All Terrain is a Sierra HD on steroids. Compared to the standard model, the concept is shorter, wider, and taller. Furthermore, it has been equipped with custom control arms, Fox off-road shocks, front/rear jounce shocks, automatic locking differentials, and a beefy front stabilizer bar with electric disconnection.

In terms of styling, the concept features a massive grille, bulging fender flares, LED lights and 20-inch aluminum wheels with 35-inch BFGoodrich KM2 tires. Out back, the bed has a composite liner and two compartments which house an air compressor and a 110-volt outlet.

While no interior pictures were released, GM says the cabin has two-tone leather seats, satin chrome trim, and a next-generation navigation system with an 80 GB hard drive.