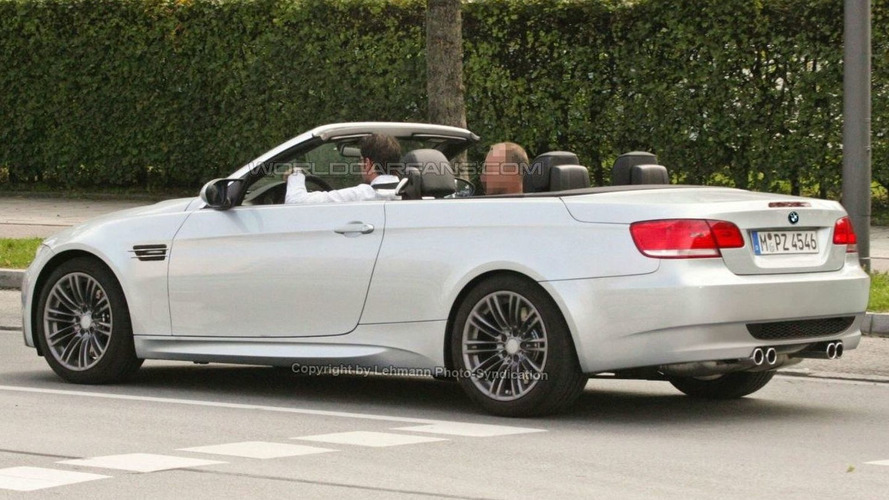 BMW has scheduled the launch of its M 3 CC for the upcoming motor show in Geneva in March, so the car will be at the dealerships in June

Call it coincidence or a nice PR trick to draw some of the attention away from the Detroit Motor Show, but the upcoming M3 cabrio has been spotted on the road. The BMW M3 is scheduled for a Geneva debut and should be at dealerships in June, just in time for the convertible season kick off.

The M3 Convertible is powered by the 420 hp V8, found under the hood of the M3 coupe and M3 sedan, but weighs a little more with its steel folding roof at 1,800 kg. Still acceleration is more than sufficient with its 5.3 seconds from stand-still to 100 km/h.

The M3 Coupe-Cabrio completes the BMW M3 line-up and should costs approximately 72,600 Euro.

The images have been touched up by computer in order to remove a few strips of camouflage tape.