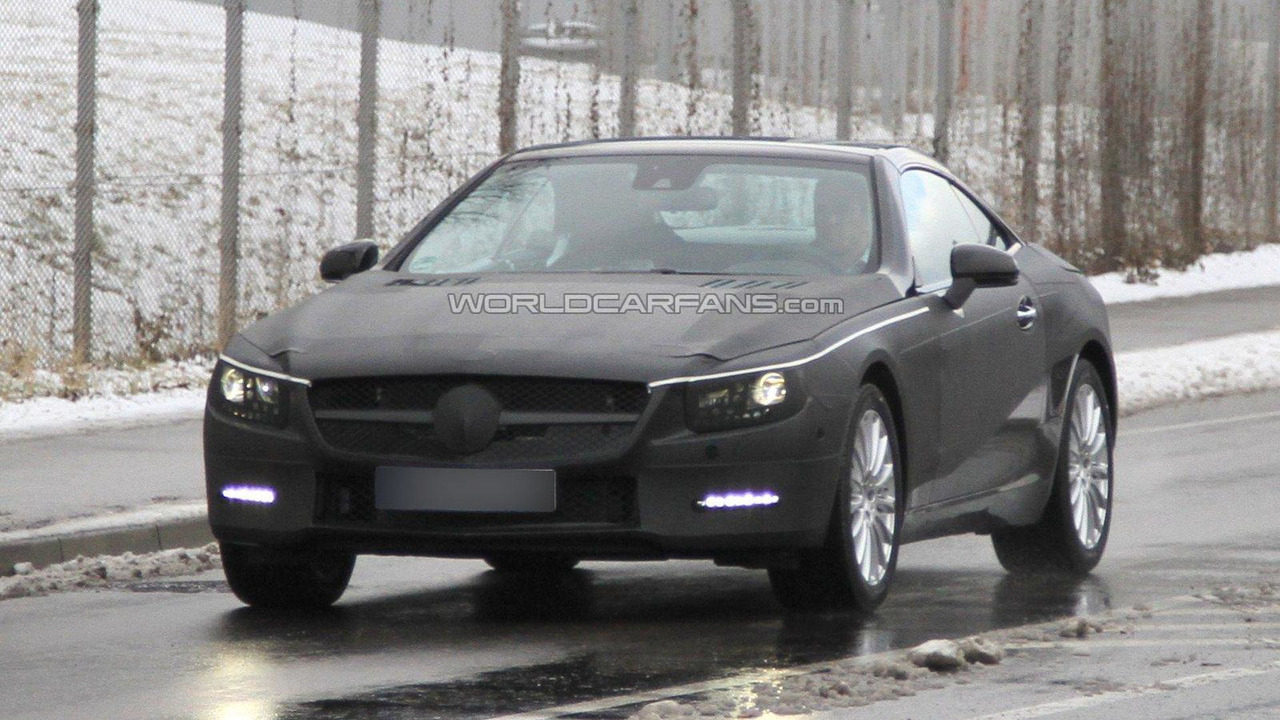 Next-generation Mercedes-Benz SL caught testing next to an Aston Martin Vantage Roadster and a Jaguar XK - benchmarking against the British competition.

Here are the latest spy pics of the upcoming 2012 Mercedes-Benz SL model.

This prototype was spotted on a test outing this morning in Germany without the heavy plastic disguise it was wearing the last time out. With some of the camo dropping away, we get a better look at the next SL's overall shape.

Our spy photographers also report that the SL was in a group of vehicles which included an Aston Martin Vantage Roadster and a Jaguar XK, likely for benchmarking purposes.

The next-generation Mercedes-Benz SL is due sometime next year. It will feature an array of Benz power plants including a new 3.5 liter V6 and a 4.6 liter twin-turbo V8. It will also likely be lighter than its predecessor, with extensive use of carbon-fiber components and reinforced plastics.