Hulkenberg made fewest mistakes in 2010, Kobayashi most 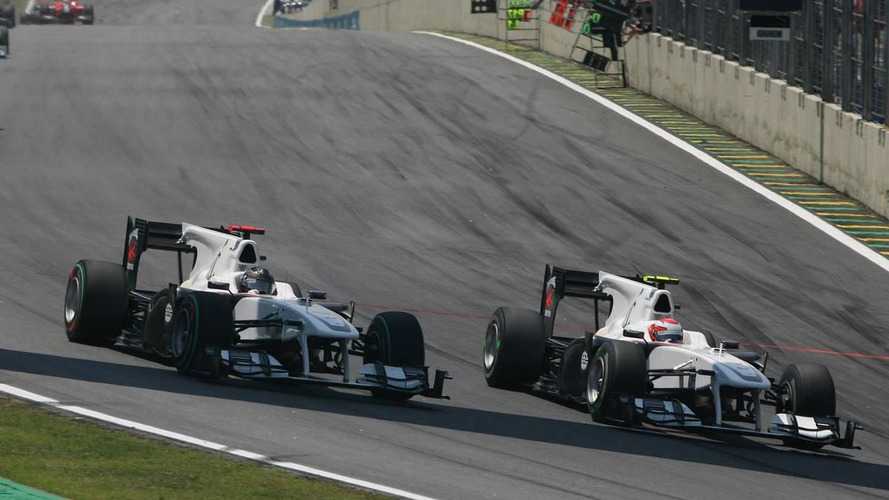 Despite now searching for a 2011 employer, promising rookie Nico Hulkenberg made fewer mistakes than any of his competitors this year.

Despite now searching for a 2011 employer, promising rookie Nico Hulkenberg made fewer mistakes than any of his competitors this year.

That is according to an analysis by Germany's Auto Motor und Sport, which found that - at the other end of the scale - his fellow rookie Kamui Kobayashi had the most spins, off-track moments and crashes in 2010.

Although named F1's rookie of the year in a recent awards ceremony, Japanese Kobayashi committed no fewer than 60 recordable errors this year, the analysis found.

But in all the practice and qualifying sessions and the races themselves, 23-year-old Hulkenberg only had two incidents in which his car was damaged or he was unable to return to the pits.

Lewis Hamilton also had a lot of incidents this year, as did Vitaly Petrov and Michael Schumacher, with the seven time world champion ranking just 18th on his difficult return to F1.

The most error-prone this season was Kobayashi, but he insists the stereotype as a "kamikaze" driver is not right.

"If I was a kamikaze driver, I would not have got this far," the 24-year-old, who has been retained by Sauber for 2011, told spox.com recently.

Peter Sauber added: "It would be doing him an injustice to only focus on this aspect of his driving. Kamui is also a very clever driver and understands how to put a pre-defined strategy into action."

Gallery: Hulkenberg made fewest mistakes in 2010, Kobayashi most