When Chevy introduced the 2019 Camaro, one model was conspicuously absent – the ZL1. And it’s not like we didn’t know it was coming. Chevy noted the ZL1 would come with a rear camera mirror as standard equipment. What we lacked was any tangible proof of the car. Well, that wait is now over. Keen-eyed spy photographers caught the 2019 Camaro ZL1 fully uncovered in the Metro Detroit area. 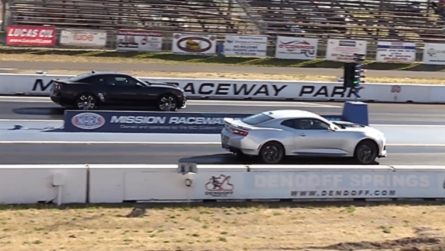 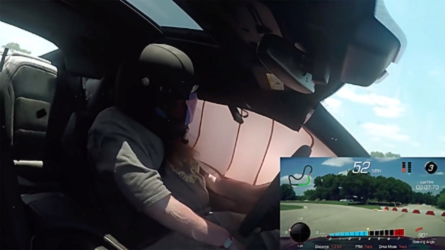 Those hoping the 2019 ZL1 would get a huge upgrade in the design department will be left disappointed. The photos show an unchanged front fascia carrying over from the 2018 model. Any discernible differences come when you take a closer look at the rear, which houses the new-for-2019 taillights, and a slightly revised rear bumper. The lower rear valence and exhaust look unchanged. There also appears to be two rear cameras – the standard backup camera is just above the license plate. Then there’s one built into the rear wing that’s also visible.

Power should remain unchanged going into the 2019 model year. That means the same supercharged LT4 V8 engine will produce at least 650 horsepower and 650 pound-feet of torque – which is what the 2018 model produces. The TREMEC six-speed manual and 10-speed automatic will likely return for 2019 to help transfer power to the rear wheels.

The 2019 Camaro lineup saw a handful of changes both inside and out. The rest of the Camaro lineup received a heavily revised grille, which is surprising to see did not carry over to the 2019 ZL1. Inside, there’s now ambient lighting options and Chevy’s Infotainment 3 system, which should be both available in the ZL1.

Right now, the ZL1 is the top performance offering for the Chevy Camaro – and it packs plenty of power. However, there are still rumors the Z/28 could rejoin the lineup, which would be an excellent way to round out the Camaro’s lineup.