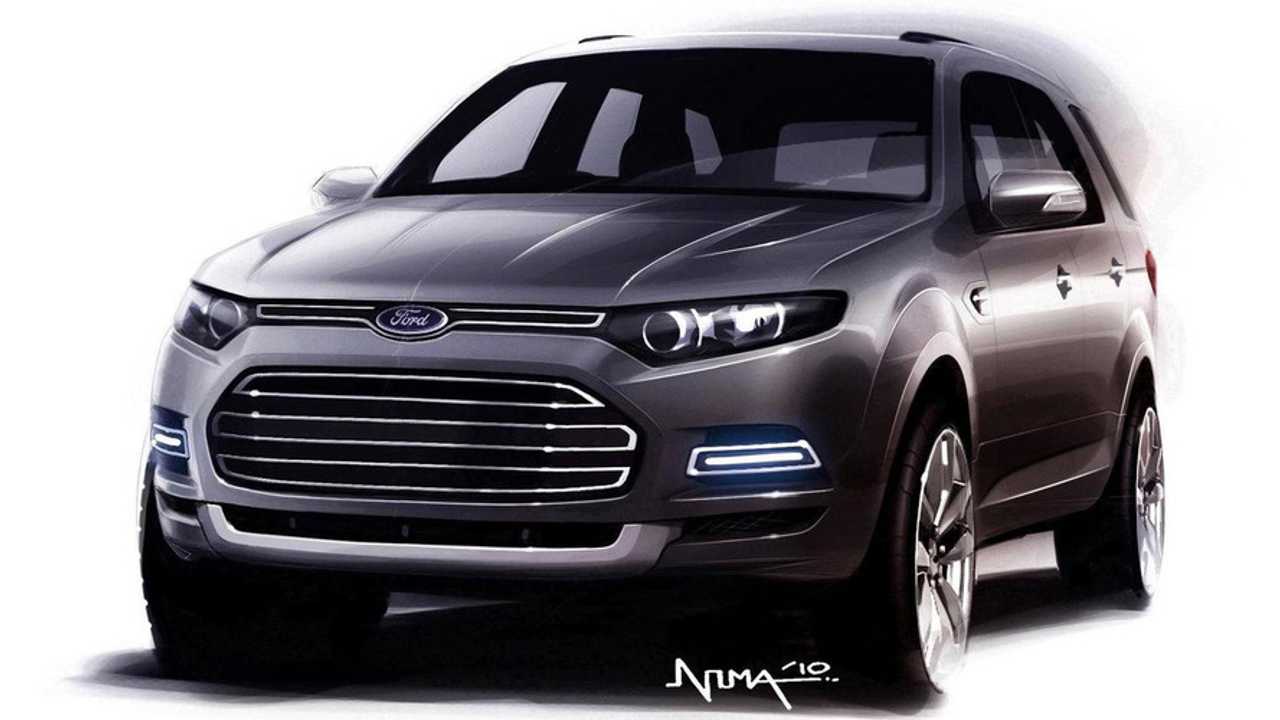 Featuring an attractive kinetic design, the Territory looks like a cross between the Explorer and Mondeo. It will go on sale in Australia next year.

Ford's Australian division has released the first teaser sketch of the 2011 Territory.

While the company is keeping quiet on the details, the crossover wears a kinetic design that promises to provide "a glimpse into the future of Ford's global SUV styling." This means we can expect a number of design elements to carryover to the Escape/Kuga replacement which is due in 2012.

Engine options are expected to echo those offered in the Falcon, but the big news is the availability of a turbodiesel - a first for the Territory.

According to Bob Graziano, President and CEO of Ford Australia, "This is an exceptional SUV. It wears an exciting new look and will boast an extensive list of technical highlights. The Ford Australia team is taking the Territory to an all-new level of performance, refinement and quality, and customers will definitely experience these advancements when they drive it."