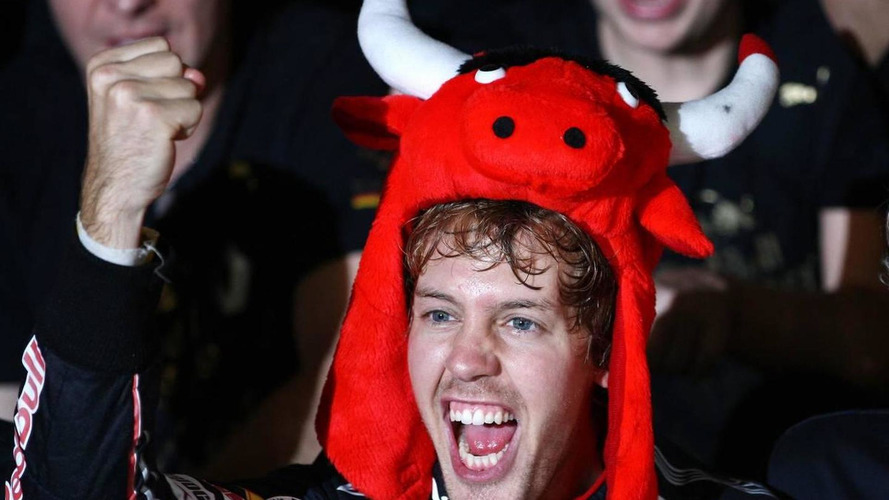 1997 world champion Jacques Villeneuve said he recognises the young German's talent but was less impressed with his overall behaviour this season.

"He's very fast but I feel he has trouble controlling his emotions," the French Canadian is quoted by Auto Hebdo.

"I saw him raising a finger to the stewards in the pitlane and I find it hard to comprehend doing that at this level, that's more like a little kid," charged Villeneuve.

He blames the situation on 23-year-old Vettel's employer Red Bull.

"He's been treated the same for his whole career. At 14, he knew already that he would be brought into F1.

"When he makes a mistake, he is told 'no, you did nothing wrong, everything is fine'. We'll see how he reacts now (as champion)," added Villeneuve.

He continued: "Hamilton was a bit like that at first, but after his title, he had a bad season and this year he was finally a man.

"This year, Vettel stupidly took out Webber but the team said it was Webber's fault. Let's see what happens -- is it going to get worse, or will he get more mature now?

"If he goes in the direction of Hamilton then he will win more championships. Otherwise he will never learn from his mistakes," added Villeneuve.

Four-time world champion Alain Prost, however, admits he is now a fan of Vettel after spending some time with the Red Bull driver at the recent Race of Champions event.

"He is very young but already very mature," said the Frenchman. "I also see a freshness, an enthusiasm that I really like. This is not the case with all young F1 drivers.

"That's one thing that surprises me: you don't feel the passion in some drivers, it's like they're there just for the business.

"But in Vettel, I feel the freshness and passion and I hope he keeps it as long as possible."

"Like everyone else, I was a bit critical when I saw the mess he created on some occasions. But in a driver with such panache and character, it is difficult to contain.

"After August, I saw a radical change. Then, without the incident in Korea, he would have won all of the last four races. He is a great champion, there is no doubt," he insisted.

"You might have judged differently in the middle of the season, but - at the end - we can say 'bravo'," Prost concluded.