Tata Nano Bites The Dust As A Consequence Of Low Demand 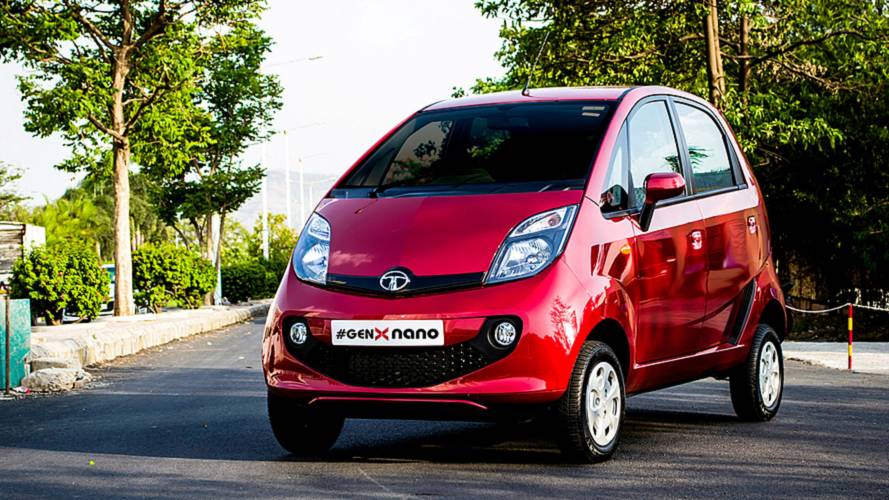 The cheapest runabout is no more.

You’d think the world’s cheapest car would sell like gangbusters, especially in a country with an exploding middle class looking to buy their first vehicle. However, that’s not the case as the Tata Nano will soon be no more, according to Automotive News. What started in 2008 as an ultra-affordable four-door slowly lost favor with the car-buying public. At a decade old, Tata says the Nano cannot continue beyond 2020 in present form.

When Tata introduced the Nano in 2008, it retailed for around $2,000, which is a modern marvel of engineering and cost reduction. Even in 2015, when the tiny runabout received a rash of upgrades as the Nano GenX, prince only increased to about $3,125 – still a steal by anyone’s measure.

More Tata News To Check Out:

But not financially mobile Indians wanted association with the world’s cheapest car. It also didn’t have the best reputation with safety, which is important for consumers looking to get the best bang for their buck.

The Nano GenX received a host of upgrades that included features such as Bluetooth, and USB and auxiliary ports. It even came with a bigger fuel tank and electric power-assisted steering. These were great additions to the bare-bones Nano, but not enough to save the car from its sales slump.

Last month, Tata produced just one Nano, down from 275 in June 2017, according to Automotive News. Year-over-year changes in exports are just as drastic. Tata moved zero Nanos out of the country last month compared to 25 the previous June. Even with a staring price of $3,500 consumers still want more bang for their buck.

The death of the Nano – which was plagued with problems since 2008 – shows how much emphasis is placed on cars to be a status symbol. Just because the Nano satisfied the majority of consumers’ needs, doesn’t mean it’s the car they want.