Watch The Dodge Demon Do Battle With A Modified Charger Hellcat

The Demon can certainly launch, but it doesn't break the 10-second barrier.

There’s been a fascination with the Dodge Challenger Demon since it debuted to no small amount of fanfare last year. Dodge billed it as a street-legal drag racer that actually wasn’t legal to run at NHRA-sanctioned drag strips. By that we mean the car’s ability to run a quarter-mile in under ten seconds disqualified it from NHRA tracks, which require certain safety equipment in vehicles running that fast. Now that Demon production is done and cars are in the hands of owners, we’ve seen quite a few videos of the car in action, but aside from Hennessey’s 1000-plus horsepower tweaked version, not a single one has eclipsed that forbidden 10-second NHRA barrier.

The same holds true for this clip, which pits the Demon against a modified Charger Hellcat at Mission Raceway Park in Canada. As with most of the videos we’ve seen we don’t know if the Demon is running the upgraded ECM and race fuel required for its full 840-horsepower onslaught. It appears to be wearing skinny tires up front, and with those wheels almost leaving the ground at launch we’re fairly certain it has the Demon Crate slicks on the back.

Meanwhile, the only thing we know about the Hellcat is that it’s modified. As with the Demon we know there are some drag radials on the back to help it hook up, but beyond that is a mystery. What isn’t a mystery is just how close these cars are in performance, and just how big an advantage the Demon has at the starting line with its drag-tuned suspension and gearing.

The cars make four passes, and each time the Demon pretty much eats the Hellcat for dinner off the starting line. That’s good for the Demon, because without those aggressive launches we suspect the Hellcat would be taking the win. Both cars have similar trap speeds in the low-130mph range, but the Hellcat just can’t hang with the Demon leaving the tree. The closest race still puts the Demon on top, but only by 6 hundredths (yes, hundredths) of a second.

We’ll let you watch the video and make your own analysis of performance based on the elapsed times and trap speeds. We aren’t suggesting the Demon isn’t capable of turning a sub 10-second time – track conditions and driver skill are certainly major factors, not to mention the drag-tuned ECM and race fuel. We just want to see a video of one doing it. 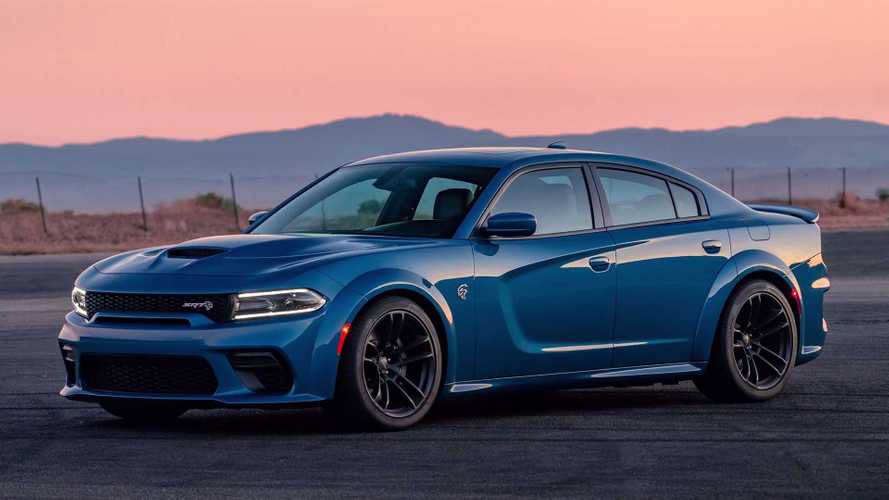