Presumably it was on a three-hour tour.

We’ve all seen boats on the road at some point. Of course, we’re referring to metaphoric land yachts, which are usually some kind of American luxury car from the 1970s with wet sponges for suspension and a hood long enough to land a helicopter. This video, however, features an actual boat going down the road like a boss. Before we get to the details of this curious sighting, we need to talk about video etiquette once again because, well, damn. 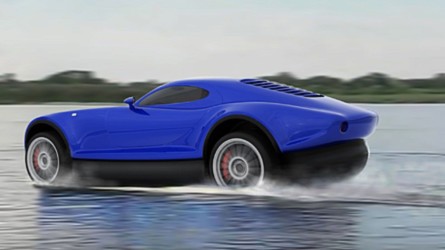 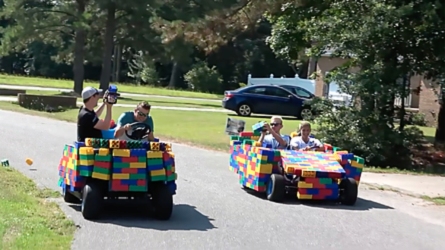 For starters, it’s 2018 people. Vertical video isn’t cool. Actually, vertical video was never cool. Turn that phone sideways and get the clips in the wide format we all want to see. And here’s another top tip – if you’re going to post a video online from your car, you might want to clean things up a bit first. We’re fairly certain that’s a freaking checkbook sitting amongst the clutter in plain sight on the left photo. 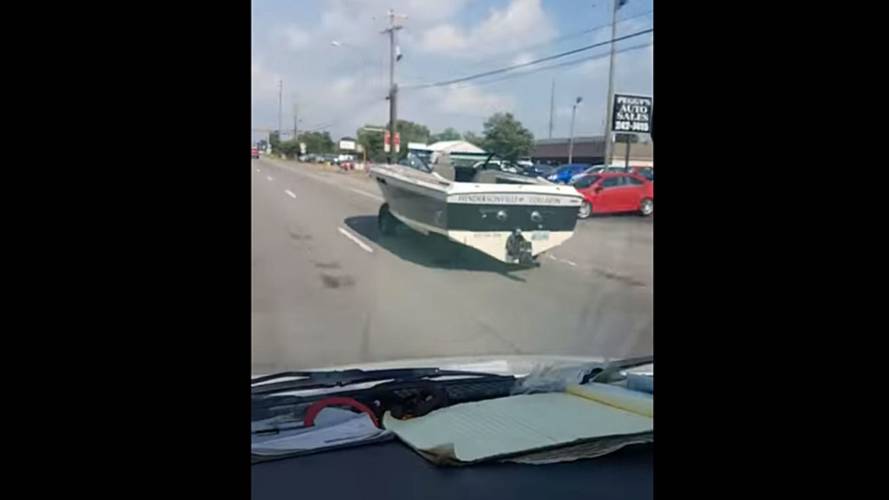 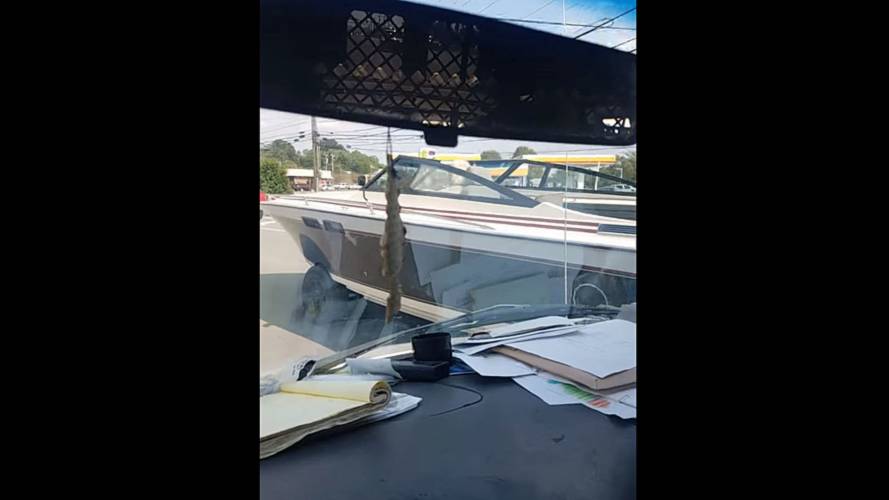 Anyway, back to the action. This sighting reportedly took place in Hendersonville, Tennessee, which is just on the outskirts of Nashville – the home of country music. We don’t think that has anything to do with this creation, though admittedly it would be a hilarious addition to a country music video about fishing. In actuality, this appears to be a custom road-going vessel built by Hendersonville Collision. At least, that’s what a quick social media search suggests.

We don’t have any info on the chassis sitting beneath this small ship, or the engine that powers it. We’re assuming it’s no longer seaworthy but then again we’ve seen stranger things than this in the water. There appears to be a license plate visible in the video so apparently it is road legal, though an apparent lack of turn signals, brake lights, mirrors, bumpers, and other items vital to safe operation certainly leads us to question this.

In any case, just as the videographer proclaims, this is certainly something you don’t see every day.

Gallery: Boat Driving On The Street

4 Photos
By: Christopher Smith
++
Got a tip for us? Email: tips@motor1.com